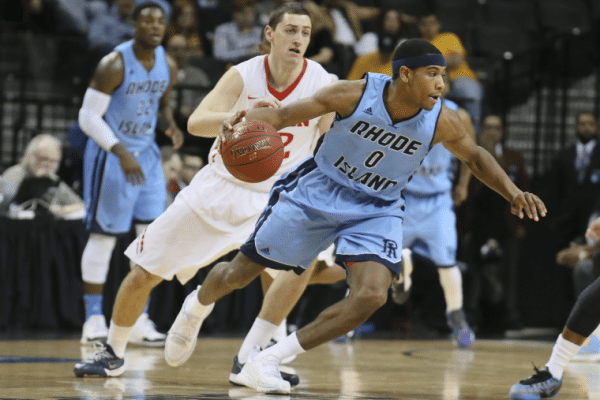 In the Hawks’ last game, they were blown out by the St. Bonaventure Bonnies, 74-56. St. Bonaventure’s effective field goal percentage was their biggest advantage over Saint Joseph’s. The Bonnies had a rate of 0.582 (above their season average of 0.492), while the Hawks posted a mark of 0.417 (below the 0.486 mark opponents have averaged against St. Bonaventure this season). Ryan Daly was the game’s leading scorer with 21 points on 6-for-17 shooting.

The Rams were beaten by the No. 6 Dayton Flyers in their last outing, 81-67. Dayton’s 0.546 effective field goal percentage was their largest advantage over Rhode Island, who had a mark of 0.311. The Flyers’ mark was below their season average of 0.598, while the Rams’ was below their season average of 0.484. With 10 points and 13 rebounds, Rhode Island’s Cyril Langevine had a good performance.

There could be plenty of transition action in this matchup that features two of the NCAA’s more up-and-down teams. Rhode Island ranks 59th in possessions per game (72.0) and Saint Joseph’s is 56th (72.1). Additionally, the 305th-ranked offense of the Hawks (offensive efficiency of 96.5) will face off against the 52nd-ranked defense of the Rams (defensive efficiency of 94.3).

This will be the second game of the season between these two squads. Langevine recorded 14 points and 15 rebounds in the first matchup, in which the Rams defeated the Hawks 71-61. The Rams had a much better turnover percentage (7.0 vs. 17.6) and had a better offensive rebounding percentage (39.6 vs. 37.2).

The Hawks’ average margin of defeat in their last five games has been 14.2, up from 11.6 for the season.