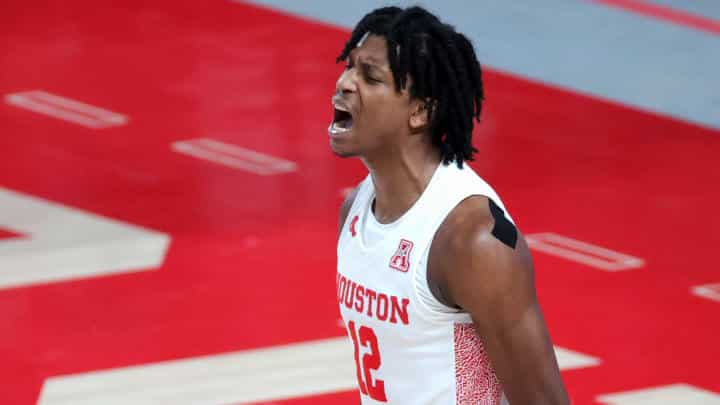 The 2021 March Madness betting action goes on Sunday with the second-round matchups, so I’ve prepared the best betting pick and odds for the Midwest Region showdown between the No. 10 Rutgers Scarlet Knights and No. 2 Houston Cougars at Lucas Oil Stadium in Indianapolis.

According to DraftKings Sportsbook, the Cougars are firm 8.5-point favorites for Sunday’s clash. They entered the Big Dance as the No. 5 in the NCAA NET Rankings, while the Scarlet Knights are No. 38. These two schools haven’t met each other since 2014 when they split a two-game series.

Rutgers eliminated the No. 7 Clemson Tigers in the first round

The Rutgers Scarlet Knights were listed as 2-point favorites for their first-round matchup with the No. Clemson. They beat the Tigers 60-56, nearly blowing an 11-point lead. It was a proper defensive battle, and the Scarlet Knights allowed just one point to the Tigers in the last 4:12 of play in the second half.

Houston dominated the No. 15 Cleveland State for its seventh straight win

The Houston Cougars are rolling on a seven-game winning streak following an 87-56 thrashing off the Cleveland State Vikings in the first round of the 2021 NCAA championship tournament. Kelvin Sampson’s boys scored 50 second-half points and had no problems covering a massive 20.5-point spread.

The Scarlet Knights have to bring their best offensive game if they want to upset the odds in this clash. Even then, the Knights will have to put on another strong defensive performance, as Houston scored 76 or more points in seven of its last eight outings while hitting a 90-point mark three times in that span.

The Cougars look poised and ready to rumble in the national championship. Those 8.5 points could be too much if Rutgers put on a very strong defensive performance, but the Cougars should control the flow down the stretch and advance to the next round.

Houston is an elite defensive team, and Rutgers is not far away from an elite level. Therefore, I’m betting on the under, expecting to see a proper defensive battle for all 40 minutes.