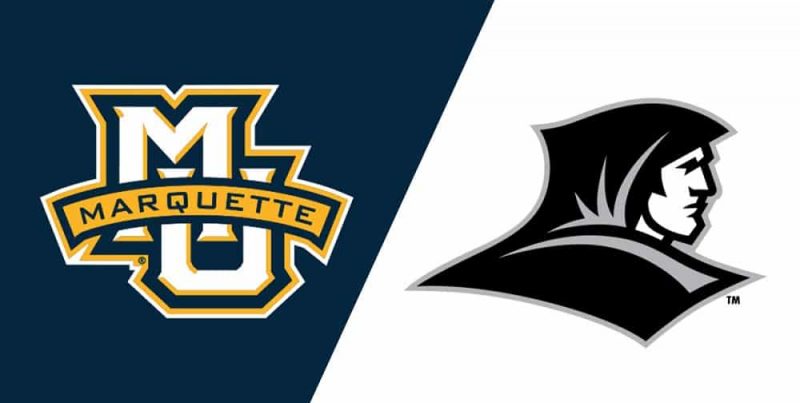 Two Big East teams heading in different directions is set for Tuesday night when the Providence Friars (13-1, 3-0 in Big East) visit the Marquette Golden Eagles (8-6, 0-3). Providence is currently the best team in the Big East and Marquette sits at the bottom of the standings. This game will air live on FS1.

Through 14 games, the Providence offense is averaging 69.8 points per game, is shooting 44.0% from the field, and dishing out 13.9 assists. Defensively, the Golden Eagles are allowing 61.1 points, grabbing 37.4 rebounds, blocking 4.0 shots, and stealing the ball 5.1 times. Providence has won eight straight games,

The Marquette offense is averaging 72.4 points per game, is shooting 42.9% from the field, and assisting on 16.1 shots. Defensively, the Golden Eagles are allowing 71.3 points and averaging 37.1 rebounds, 5.2 blocks, and 7.2 steals per game. Marquette has lost four straight games.

Last time out, Providence visited the DePaul Blue Demons and left with an impressive 70-53 win. The Friars dominated this game from start to finish as they led by 28 points at one point and never trailed by more than two. Al Durham led Providence with 17 points and added three rebounds and one assist. Jared Bynum came off the bench and added 12 points, three rebounds, seven assists, and two steals. DePaul shot just 29.8% from the field, 33.3% from three, and made just 12 of their 19 free throws.

Marquette hosted the Creighton Bluejays and lost a two-overtime thriller, losing 75-69. It looked like Marquette was going to win this game in the first overtime, but a buzzer beating three sent the game to the second OT and it was all over for the Golden Eagles. Oso Ighodaro came off the bench and led the team with 22 points and added five rebounds. Tyler Kolek had a nice night with 11 points, six rebounds, six assists, and three steals. Creighton shot 36.1% from the field, 35.5% from beyond the arc, and made just 12 of their 19 free throws.