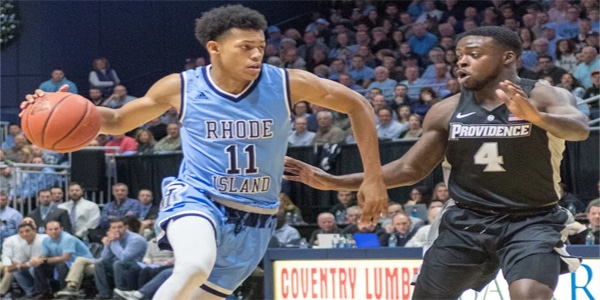 The Friars will be looking for similar success after barely hanging on to beat the Pepperdine Waves in their last matchup, 80-77. The Friars made 20 of their 27 free throws (74.1 percent) and had an offensive rebounding percentage of 43.2 (above their season average of 32.7). Providence received a boost from Alpha Diallo, who finished with 13 points, nine rebounds and six assists.

The last time the Rams played, they were beaten by the West Virginia Mountaineers, 86-81. One of West Virginia’s largest advantages was getting to the charity stripe. They made 31 trips to the line, while Rhode Island went just 15 times. With 32 points on 14-for-25 shooting, Fatts Russell was the game’s high scorer.

The offense of Rhode Island will battle against the top-notch defense of Providence. Dating back to last season, the Rams rank 243rd in offensive efficiency, while the Friars are 12th in defensive efficiency. The Friars figure to have the advantage on that end of the court.

Providence averages 4.0 blocks per game, which ranks 63rd in the country. Rhode Island ranks 143rd in blocks allowed per game (3.4).