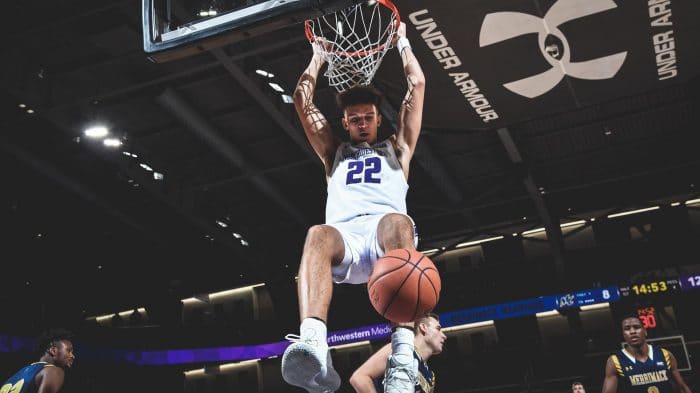 In the Wildcats’ last matchup, they fell to the Merrimack Warriors, 71-61. Merrimack’s effective field goal percentage was their largest advantage over Northwestern. The Warriors had a rate of 0.541, while the Wildcats posted a mark of 0.396. With 19 points on 7-for-15 shooting, Pete Nance was Northwestern’s leading scorer.

Providence averages 15.0 assists per game, which ranks 56th in the country. Northwestern ranks 165th in assists allowed per game (13.2).

Providence blocks 4.3 opponent shots per game, which ranks 53rd in the country. Northwestern ranks 124th in blocks allowed per game (3.2).