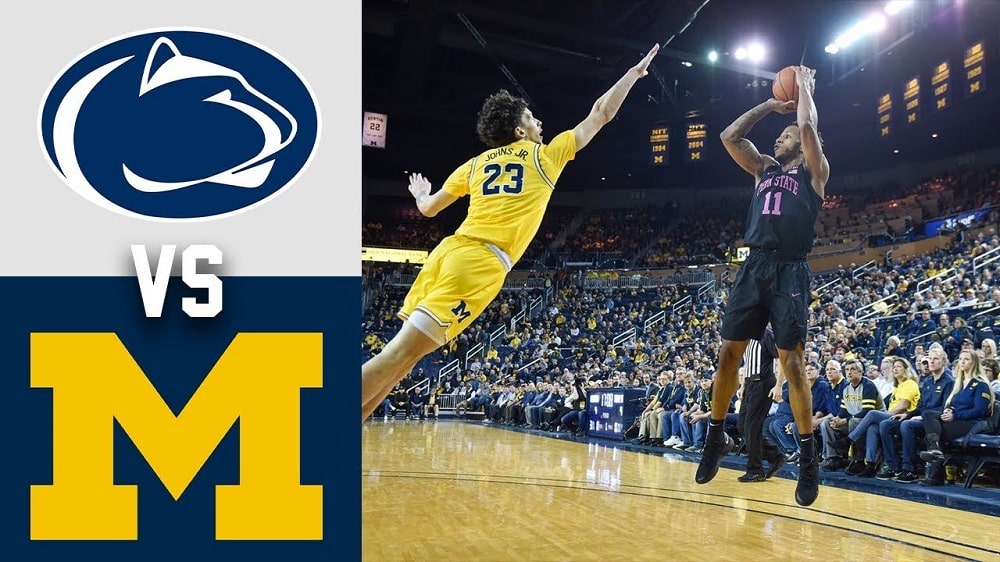 The sports bettors should prepare for the thrilling basketball weekend around the country, as the 2020-21 CBB season brings some tremendous matchups in the next two days. Therefore, I’ve prepared the best betting pick for the Big Ten showdown at Crisler Center in Ann Arbor, Michigan, so let’s take a closer look.

The Michigan Wolverines host the Penn State Nittany Lions on Sunday, December 13, searching for their sixth straight win on the season. However, the Wolverines are winless in two straight encounters with the Nittany Lions.

Penn State aims for another upset

The Nittany Lions are coming off a brilliant 75-55 victory at the Virginia Tech Hokies this past Tuesday. They pulled off an upset as 5.5-point road dogs, completely outlasting the No. 15 Va Tech on both sides of the ball.

Penn State shot 50.0% from the field and 52.2% from beyond the arc while handing out 15 assists. The Nittany Lions led by as many as 29 points, limiting their opponents to 37.0% shooting from the field.

Through their first four games of the season, the Nittany Lions averaged 109.0 points per 100 possessions (25th in the country) while allowing 93.3 in a return (63rd). They are 3-1 on the season, sitting at the 52nd spot of the latest KenPom rankings.

Michigan wraps up a six-game homestand

After a shaky performance in a 96-82 victory over Bowling Green in the opener and a dramatic 81-71 overtime win to the Oakland Golden Grizzlies as massive 31-point favorites, the Wolverines have recorded three impressive displays in a row.

They’ve covered a double-digit spread each time, beating Ball State 84-65, UCF 80-58, and Toledo 91-71. The Wolverines are 4-1 ATS on the season, but it’s fair to say that their strength of schedule hasn’t been tough with all five games on the home court.

Freshman Hunter Dickinson has been impressive thus far, and the 7-foot-1 center has averaged 14.8 points and 7.4 rebounds in just 22.4 minutes on the floor per game. Senior forward Isaiah Livers is posting 16.2 points and 5.6 boards per contest, while senior PG Mike Smith is adding 7.8 points and 5.2 assists per game.

Although they lost the previous two games against Penn State, the Wolverines are 13-3 straight up and 10-6 ATS in their last 16 encounters with the Nittany Lions. Sunday’s game is a proper reality check for the Wolverines, and I think they are up for the challenge.

This Michigan team looks well-balanced with a couple of seniors at point guard. Their inside game is very dangerous, too, thanks to Isaiah Livers and Hunter Dickinson, and I think the Nittany Lions won’t have enough defensive firepower to cope with the Wolverines.

Michigan has won eight of its previous nine home contests, covering seven times in the process. The Nittany Lions are 1-3 SU and ATS in their last four games on the road.

The over is 12-3-1 in the last 16 matchups between the Nittany Lions and Wolverines. Also, the over has hit in eight of Michigan’s last ten games overall.

Both teams play at a steady pace, posting around 72 possessions per 40 minutes. The Wolverines execute offensively very well, and the Nittany Lions have some dangerous weapons, too, so I’m following the betting trends.