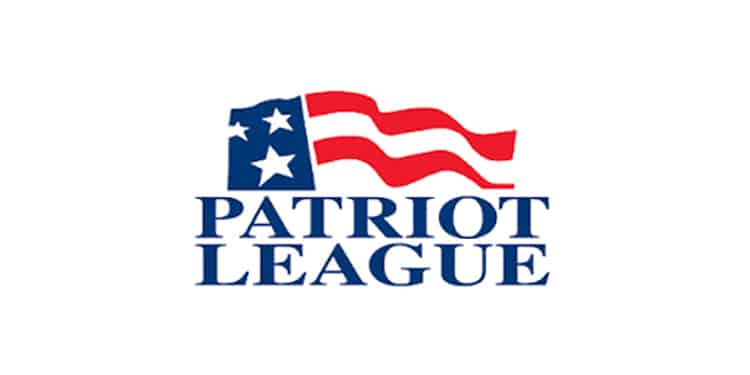 The Patriot League Conference Tournament starts on Wednesday night, but one game has already been decided. The Holy Cross Crusaders wound up with a COVID positive and were forced to forfeit their game against Loyola (MD). That means that Loyola draws a freebie into the quarterfinals on Saturday against top-seeded Navy.

The Patriot League has had one of the more unconventional seasons. The odd scheduling dynamics have forced some teams to play each other a lot and they haven’t even seen some of the other teams in the league. For example, Boston University, a team that has been forced to wear masks all season long and has forced road teams to wear masks, will play Lehigh on Wednesday. Lehigh has not played wearing masks this season.

Loyola (MD), who got that free pass to the quarters, played 14 games. Six were against Lafayette. Three were against Navy, the team they’ll face on Saturday. Navy went 12-1 in league play, but was one of the few teams to play non-conference games, including a win over Georgetown.

These games will be held on campus sites, so the higher seed will be the home team. There is no re-seeding in this conference.

Colgate and Navy did not play during the regular season. They look to be on a crash course in the Finals, but we’ll have to see what happens here in what is a really poor conference overall. Navy does have the easier path to the Championship Game on paper. The winner of the American/Army game will be a decent team, whereas the Bucknell/Lafayette winner is a pretty clear step down.

Colgate does get the easier of the two quarterfinal matchups, but both teams should advance through to the noon tip-off on March 14. Because we haven’t seen the two play each other, we don’t have a frame of reference for the line, but Colgate would likely be a small road favorite.

Army dealt Navy its only loss during the conference play portion of the season and the other game went to overtime. Army also beat Colgate, but also lost the first meeting 101-57 and lost three of four overall. The imbalanced schedule could bring a lot of scenarios into play in this one-and-done format.

Anything other than Colgate vs. Navy would be a surprise in the Championship Game. Loyola (MD) is a fairly dangerous team that seemingly just matched up badly with Lafayette, but a quarterfinal game against Navy is a tough spot to be in and the Greyhounds would likely have to topple Colgate as well. With that in mind, a money line rollover is a better price than +2000.

Colgate is a little bit of an uncomfortably chalky favorite, but the Raiders certainly have the easier path between the top two seeds. If you wanted to gamble, you could look up a solid Army team that did beat both Navy and Colgate during the season. They’d have to do the same to win this tournament, so a money line rollover is also a better option than +1400.

They should beat American in the first game to give you a head start on the rollover.

Army on a money line rollover is the best betting option, but Colgate is the pick to win this tournament.