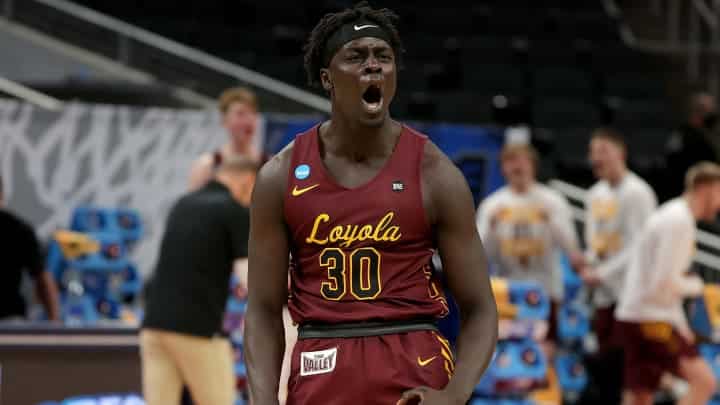 The 2021 NCAA Championship Sweet 16 will start Saturday, March 27, so here’s the best betting pick for the Midwest Region showdown between the No. 12 Oregon State Beavers and No. 8 Loyola Chicago Ramblers at Bankers Life Fieldhouse in Indianapolis.

Both Oregon State and Loyola Chicago made some huge upsets in the previous round, so get ready for the super interesting clash, as the Beavers meet the Ramblers for the first time ever. Loyola Chicago opened as a firm 6.5-point fave on BetMGM Sportsbook, while the totals are set at 125.5 points.

The Oregon State Beavers are one of the most pleasant surprises of this NCAA championship tournament. After a 70-56 victory over the No. 5 Tennessee Volunteers as 8.5-point underdogs in the first round, the Beavers outlasted the Oklahoma State Cowboys 80-70 as 6-point dogs in the second round.

The Beavers completely shut down the Cowboys last Sunday, holding them to just 27.7% shooting from the field. Senior guard Ethan Thompson led the way for Oregon State with 26 points, while sophomore guard Jarod Lucas and sophomore forward Maurice Calloo added 15 points each.

The Ramblers stunned Illinois in the second round

The Loyola Chicago Ramblers have been terrific all season, winning the Missouri Valley Conference championship tournament along with the regular-season title. They were listed as 5.5-point favorites in a 71-60 first-round victory over the ninth-seeded Georgia Tech, while the Ramblers upset the odds in the previous round, outlasting the No. 1 Illinois Fighting Illini 71-58 as 7-point dogs.

Back in 2018, Cameron Krutwig helped the Ramblers reach the Final Four, averaging 10.5 points as a freshman. This season, the 6-foot-9 senior center is tallying 15.0 points, 6.9 boards, and 3.0 assists a night. Senior guard Lucas Williamson is posting 8.8 points and 3.8 rebounds per game, but he had 21 points against Georgia Tech and 14 against Illinois.

The Beavers are a ridiculous 12-1 ATS over their last 13 outings. They’ll be fired up to stun the odds once more, but I don’t think they’ll have enough firepower to deal with the Ramblers’ stout defense. Also, the Ramblers execute offensively very well, so I’m backing Loyola Chicago to win by four or more points.

This could easily be a very tight contest decided by a few possessions down the stretch. If we get a late drama, the Ramblers’ D should be a key factor.

The over has hit in seven of Oregon State’s last eight outings and three of Loyola Chicago’s previous five showings, but the under is 14-6 in the Ramblers’ last 20 games overall. Both these teams love to play at a slow pace, so I’m going with the under even though the line has been set pretty low.