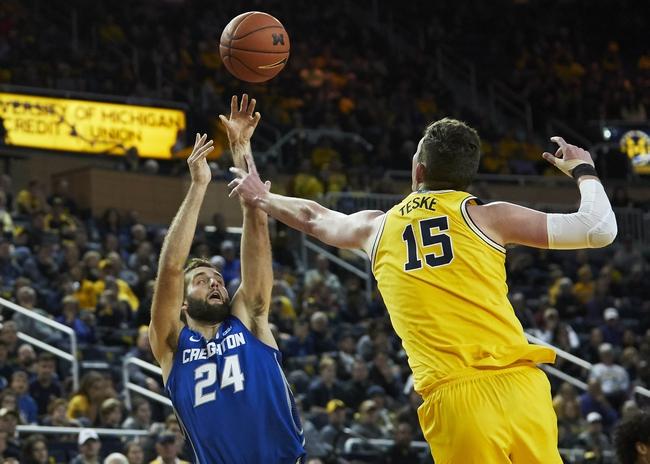 The Creighton Bluejays (5-2) welcome the Oral Roberts Golden Eagles (3-4) to CHI Health Center Omaha as they try to continue their five-game home winning streak. The game begins at 8:30 p.m. ET on Tuesday, December 3, 2019.

The Bluejays defeated the No. 12 Texas Tech Red Raiders in their last contest, 83-76. Creighton’s free throw rate was their biggest advantage over Texas Tech. The Bluejays had a rate of 0.224 (above their season average of 0.146), while the Red Raiders posted a mark of 0.149 (below their season average of 0.300). Marcus Zegarowski was the game’s high scorer with 32 points on 12-for-18 shooting from the field.

The productive offense of Creighton will go head-to-head against the bottom-tier defense of Oral Roberts. Since last season, the Bluejays rank 53rd in offensive efficiency, while the Golden Eagles are 332nd in defensive efficiency. The Bluejays figure to have the edge on that side of the ball. Also, the Golden Eagles rank 322nd in free throw attempt (FTA) rate (0.185), while the Bluejays rank 37th in opponents’ FTA rate (0.183).