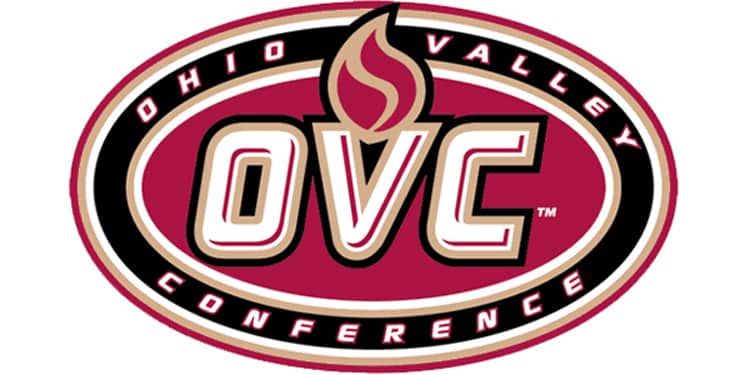 The Ohio Valley Conference Tournament has suddenly taken on a bit of a different look at the Ford Center in Evansville, Indiana. The Belmont Bruins were 16-0 going into the last week of the regular season and are now 16-2 after losses to Eastern Kentucky and Morehead State. Belmont is still the #1 seed, but the teams with wins over them are the #2 and #3 seeds in the field.

The Ohio Valley Conference Tournament format is a little bit different this year. In the past, the top teams got a bye right to the semifinals. This year, the top two teams play on the first day and then have Thursday off in order to prepare for Friday’s semifinal action. The conference tournament starts on Wednesday March 3 and the winner will be crowned on Saturday March 6.

What also makes this tournament interesting this time around is that teams like Austin Peay and Murray State are down a bit this season, so some of the traditional top teams are middle of the road, but still dangerous based on reputation and coaching. That could lead to some betting value.

The first semifinal game is at 7 p.m. CT and the second is at 9:30 p.m. CT, so the winner of the late game will have a quicker turnaround, but teams have been forced to adapt all season long, so it shouldn’t be a big deal here.

It is interesting that Belmont and Morehead State have to play early in the tournament, but it is probably for the best. They get a chance to get the jitters out and play a game at the neutral setting in Evansville.

What is the mindset for Belmont? The Bruins found out that they are not invincible with losses to Eastern Kentucky and Morehead State. They are very likely to see one of those two teams in the Championship Game with a chance to go to the NCAA Tournament.

It would be hard to call anybody else a legitimate contender here. Morehead State is easily the best defensive team in the league and should advance past SEMO State without issue. Eastern Kentucky does have a much tougher game running into a decent Austin Peay team, as the Governors will be content to try to score with the Colonels because they cannot defend.

Jacksonville State and Murray State would maybe have the chance to make some noise as two pretty well-coached teams, but the winner of that game draws Belmont. Those are the best teams in the middle of the pack in this conference. Murray State is actually a very efficient offensive team, ranking in the top 45 in both 2P% and 3P% nationally and played close with Belmont back on January 30 in a one-point loss.

Based on the projected spreads, Belmont would be around -260 in the Championship Game against Morehead State and roughly -600 against Eastern Kentucky. In that respect, a Belmont future makes some sense because the price is lower than that and they should absolutely get to the Finals. Murray State could put a scare into the Bruins, but it would be a big shocker if they could pull off the upset.

Eastern Kentucky’s high-variance style is sort of fun going against Morehead State in what will be a contrast of styles and tempos. Morehead State is a slow, defense-oriented team. Eastern Kentucky runs fast, forces turnovers, and wants to outscore you. They have a tough first game with Austin Peay and then this potential Morehead State matchup. The first meeting was played to 72 possessions and the second was played to 75 possessions. The teams split, but those were Morehead’s two fastest conference play games.

A money line rollover on Eastern Kentucky is a much better idea than a future.

I still think Belmont wins it and the price is cheap relative to their projected lines in the Championship Game.