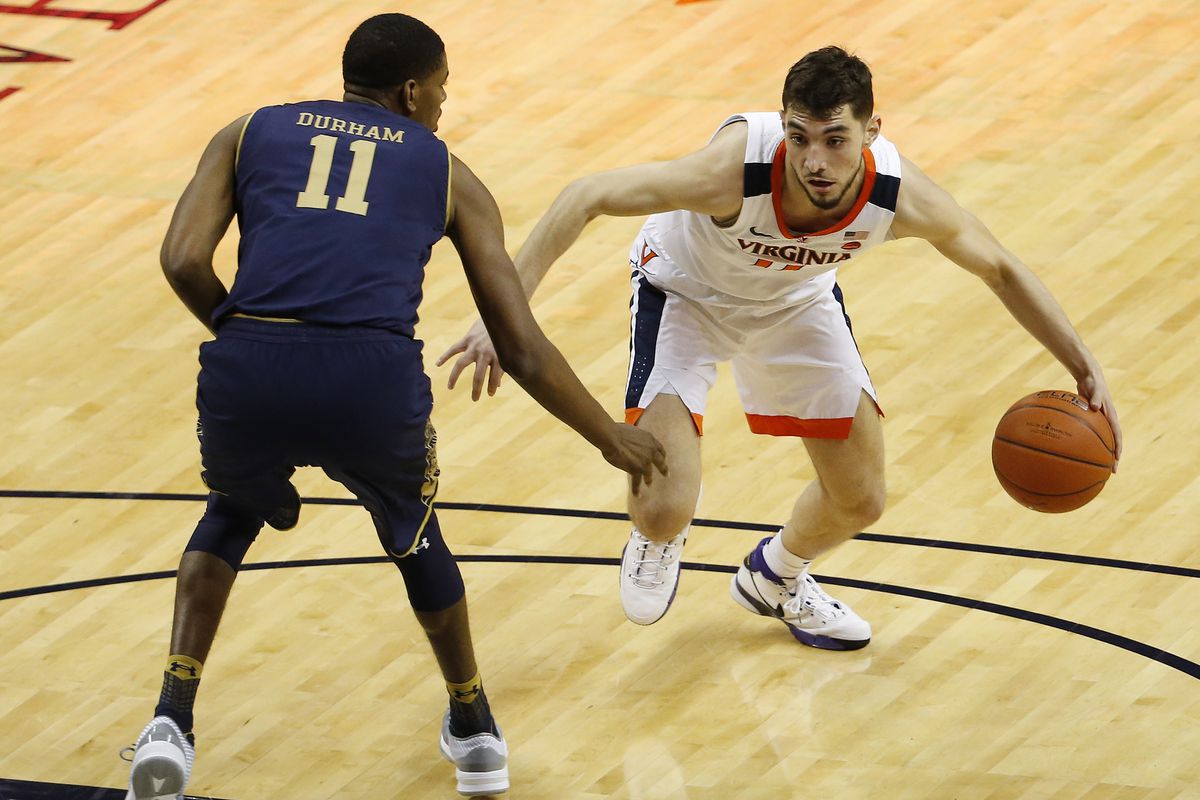 In the Fighting Irish’s last game, they dismantled the Boston College Eagles, 80-58. The Fighting Irish had 9 steals and held the Eagles to an offensive rebounding percentage of 16.7 (below their season average of 25.7). Prentiss Hubb played well for Notre Dame, finishing with 14 points and nine assists.

The Cavaliers barely escaped the No. 10 Louisville Cardinals in their last game, 57-54. Virginia’s 0.326 free throw rate was their largest advantage over Louisville, who had a rate of 0.137. The Cavaliers’ mark was above their season average of 0.187, while the Cardinals’ was below their season average of 0.238. Kihei Clark was the top scorer from either team with 18 points on 5-for-12 shooting from the field.

Points at the line might be few and far between for Virginia in this matchup. The Cavaliers rank 303rd in the NCAA with a free throw attempt (FTA) rate of 0.191, while Notre Dame ranks second in FTA rate allowed (0.142).

The Cavaliers average 4.9 blocks per game, which ranks 19th in the NCAA. The Fighting Irish rank 104th in blocks allowed per game (3.2).

The Fighting Irish’s average margin of victory in their last five games has been 3.6, down from 5.6 for the season.