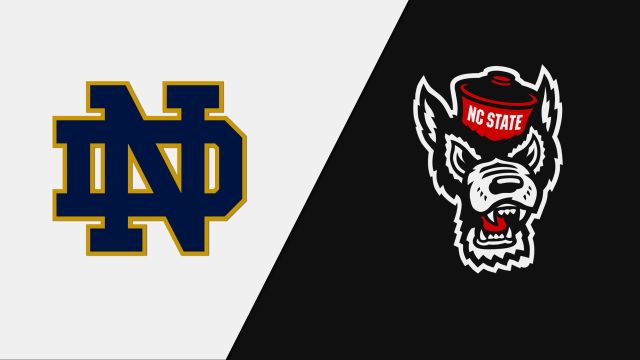 An ACC showdown is set for Tuesday night when the Notre Dame Fighting Irish (9-11, 1-8 in ACC) visit the NC State Wolfpack (15-5, 5-4). Notre Dame has not enjoyed conference play and are now in the search for a new head coach. NC State is closer to the bottom than the top of the standings, but they are a good team that can beat anyone. Below is my college basketball pick for Notre Dame vs NC State.

✅ NC State is 4-1 in their last five games played.

✅ The Wolfpack are 5-0 in their last five home games.

✅ Notre Dame is 1-6 against the spread in their last seven games played.

At DraftKings Sportsbook, new users can place a $5 bet on Notre Dame vs NC State with their first wager on the site. Whether that bet wins or loses, bettors will receive $200 in bonus bets instantly with their new player promo. To get your hands on that promotion, just hit the Claim Offer button below.

Last time out, Notre Dame hosted the Boston College Eagles and were soundly beaten 84-72. This game was closer than the final score indicates as Boston College led by just one at the break and by just three in with under three minutes to go. The Eagles went on a big run at the end of the game and earned a rare road win. Notre Dame trailed by as many as 14 points, led by as much as nine, and lost outright as five-point home favorites.

NC State visited the North Carolina Tar Heels and left with an 80-69 defeat. The Wolfpack were in control most of the first half, but the Tar Heels battled back to take a one-point advantage into halftime. After the break, it was all North Carolina as they quickly built a comfortable advantage and never looked back. NC State trailed by as many as 13 points, led by as much as eight, and could not cover the +6.5-point spread.

D.J. Burns Jr. had 18 points, three rebounds, one steal, and one block in the loss. Jarkel Joiner added 18 points, four rebounds, three assists, and one steal in the game.

Other Sportsbook Promos To Use On This Game