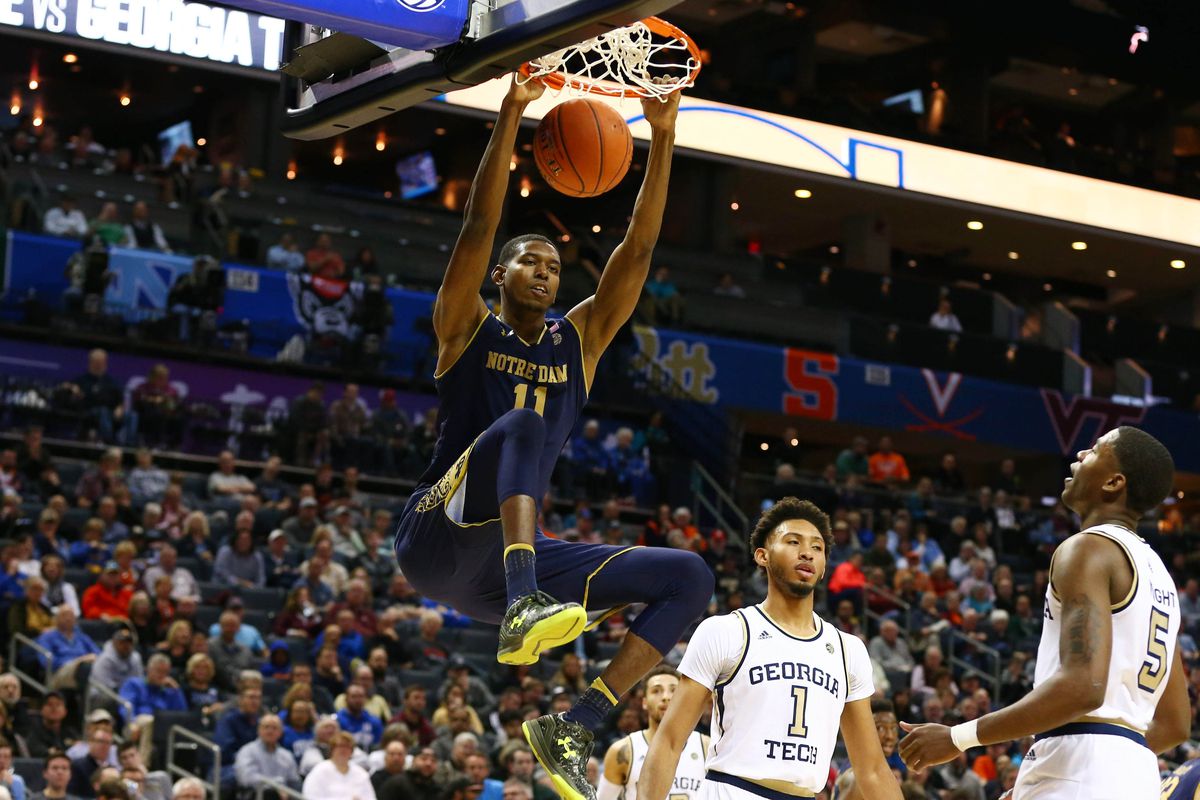 The Fighting Irish will be hoping for similar success after dismantling the Fairleigh Dickinson Knights in their last outing, 91-66. The Fighting Irish, who came into the game averaging an offensive rebounding percentage of 26.3, had a fantastic mark of 37.1 and had an effective field goal percentage of 0.603 (above their season average of 0.465). John Mooney had a good game for Notre Dame, finishing with 13 points and 13 rebounds.

The last time the Terrapins played, they won big over the Marquette Golden Eagles, 84-63. The Terrapins made 12 of their 16 free throws (75.0 percent) and held the Golden Eagles to an offensive rebounding percentage of 20.0 (below their season average of 25.9). With 17 points and 10 rebounds, Maryland’s Darryl Morsell played well.

Half-court execution will be of utmost importance when two of the NCAA’s slowest-paced teams go head-to-head. Maryland ranks 295th in possessions per game (67.0) and Notre Dame is 302nd (66.7) since last season. Also, the Fighting Irish rank first in turnover percentage (13.9 percent), while the Terrapins rank 348th in opponents’ turnover percentage (15.7 percent).

Maryland averages 39.8 rebounds per game, which ranks 16th in the country. Notre Dame ranks 313th in rebounds allowed per game (39.1).

The Fighting Irish average 26.3 three pointers per game, which ranks 43rd in the country. The Terrapins rank 240th in three pointers allowed per game (23.7).