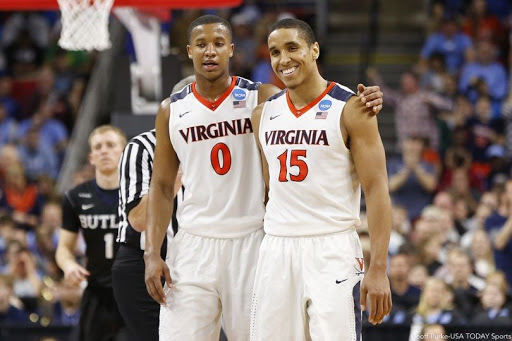 The game’s Over/Under (O/U) opened at 122.5 points with Virginia set as a 4.5-point favorite at Pointsbet Catfish Bend Iowa Sportsbook.

In the Fighting Irish’s last outing, they covered the 2-point spread against the Clemson Tigers, 61-57. The game’s total points (118) were well under the projected point total of 138. One of Notre Dame’s largest strengths was their ability to convert at the free throw line. They were 9-10 (90.0 percent), while the Tigers were just 8-9 (88.9 percent). Notre Dame received a boost from John Mooney, who contributed 16 points and 11 rebounds.

The Cavaliers fell to the No. 5 Louisville Cardinals in their last contest, 80-73. The game’s combined points (153) were well over the O/U total of 114.5. Louisville’s rebounding was their largest strength. The Cardinals had more offensive rebounds (eight vs. three), defensive rebounds (23 vs. 16) and total rebounds (31 vs. 19). Virginia’s Kihei Clark finished with 23 points, seven assists and five rebounds in the game.

Points at the line might be hard to find for Virginia in this battle. The Cavaliers rank 310th in the country with a free throw attempt (FTA) rate of 0.190, while Notre Dame ranks first in FTA rate allowed (0.134). Furthermore, the 37th-ranked offense of the Fighting Irish (offensive efficiency of 110.2) will face off against the second-ranked defense of the Cavaliers (defensive efficiency of 85.8).

Virginia is 15-7 SU, but they have a difficult time covering the spread (6-15-1 ATS). Cavaliers games also have gone under the O/U total 54.5 percent of the time.

After the Cavaliers won both matchups against the Fighting Irish last season, these teams will go head-to-head for the first time this year. In the most recent contest, Virginia won 60-54. The Cavaliers knocked down 14 of their 17 free throws (82.4 percent) and had a better turnover percentage (11.9 vs. 13.3).

Over its last five contests, Notre Dame is 5-0 ATS with 4 overs and 1 under.

The Fighting Irish’s average margin of victory in their last five games has been 5.8, down from 7.8 for the season.