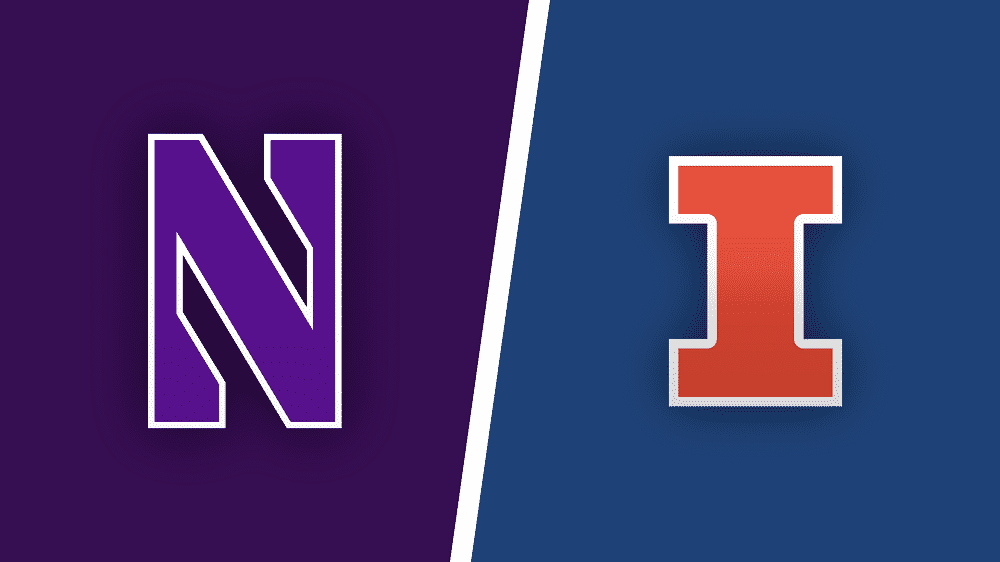 Tuesday’s college basketball betting action brings the Big Ten Conference clash between the Northwestern Wildcats and Illinois Fighting Illini, so here’s the best betting pick along with all-important betting tips and trends and the latest odds update on BetMGM Sportsbook.

These two schools already met each other in January, and the Fighting Illini were ruthless, thrashing off the Wildcats 81-56 as 6.5-point road favorites. Illinois has owned Northwestern over the last few years, going 5-0 straight up and 3-1-1 ATS in their previous five head-to-head duels.

The Northwestern Wildcats (6-12; 3-11 Conf.) are on a horrible 11-game losing streak following a 64-50 defeat at the No. 25 Rutgers Scarlet Knights this past Saturday. It was another poor offensive display by Chris Collins’ boys who shot only 32.7% from the field and dished out just nine assists.

During their awful run, the Wildcats covered the spread only twice along with a push. Still, I have to mention that Northwestern had the toughest strength of schedule in the country, meeting nine ranked teams over its previous 12 outings.

The Illinois Fighting Illini (14-5; 10-3 Conf.) are riding a five-game winning streak following a 77-72 overtime victory at the Nebraska Cornhuskers this past Friday. They trailed by six points with just three minutes to go in the second half, but Ayo Dosunmu put on a show to lift his team over Nebraska.

The 6-foot-5 junior guard finished with 31 points on 12-for-23 shooting. Dosunmu racked up Illinois’ last ten points in the regulation, proving he’s one of the best players in college basketball at the moment.

The Fighting Illini opened as 13-point favorites here, and I think they won’t have any problems smashing Northwestern once more. Illinois is just half a game behind the top spot in the Big Ten Conference, so the hosts cannot allow any surprises Tuesday night.

After a narrow win over Nebraska, the Fighting Illini will play at a much higher level in this one on the home court. Ayo Dosunmu will continue to torture his guards, while sophomore big man Kofi Cockburn (17.4 PPG, 10.6 RPG, 1.6 BPG) will be unstoppable in the paint.

In that comfortable victory on January 7, the Fighting Illini overcame a 16-point deficit and won by 25 which tells you enough of how dominant they were.

Therefore, we shouldn’t see a low-scoring affair even though the Wildcats could struggle offensively. Still, the Fighting Illini could easily surpass an 80-point mark, so I’m backing the under. Illinois to cover is my top pick here.