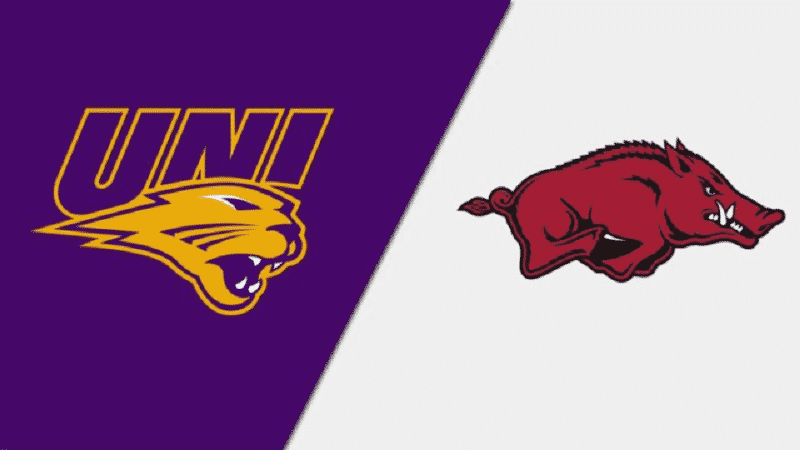 A fun non-conference game is set for Wednesday night when the Northern Iowa Panthers (1-2, 0-0 away) visit the #16 Arkansas Razorbacks (2-0, 2-0 home). The Razorbacks and have cruised to begin the season and Northern Iowa have struggled to get things going in 2021. This game will air live on the SEC Network and ESPN+.

Below is my pick, and preview, for the battle between the Northern Iowa Panthers and Arkansas Razorbacks.

Last time out, Northern Iowa hosted the Dubuque Spartans, who I am not familiar with, and cruised to their first win, grabbing a 95-58 victory. UNO went up by double-digits eight minutes into the game and never looked back as they won the first half by 26 points and the second half by 11 points. Noah Carter came off the bench and led the team with 17 points and seven rebounds. Antwan Kimmons also game off the bench to lead the team, tied with Austin Phyfe, with five assists. Dubuque shot just 35.6% from the field and 25.0% from beyond the arc.

Arkansas hosted the Gardner-Webb Runnin’ Bulldogs and cruised to an 86-69 win. This game was tight for the first 16 minutes, but the last four minutes of the first half say Arkansas go on a big run and take a 16-point advantage into the half. Connor Vanover, 19 points, and JD Notae, 18 points, led the Razorbacks in this one. Gardner-Webb shot 45.3% from the field and 41.9% from the three-point line.