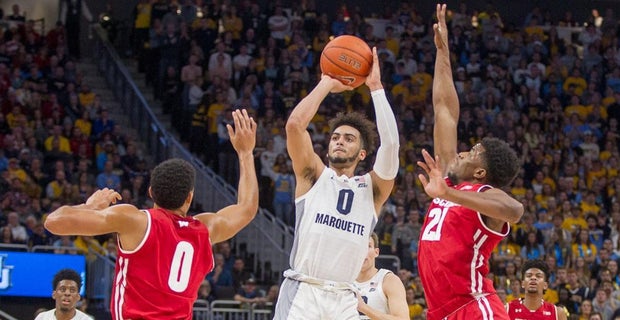 The Bison will be looking for a similar result after topping the Montana State Bobcats in their last contest, 79-65. The Bison had an absurdly low turnover percentage of 7.1 (better than their season average of 13.9) and had a free throw rate of 0.304 (above their season average of 0.238). North Dakota State was lifted by Tyson Ward, who contributed 19 points and 13 rebounds.

In the Golden Eagles’ previous matchup, they had no trouble getting past the Grambling State Tigers, 93-72. The Golden Eagles had an extraordinary free throw rate of 0.339 (above their season average of 0.304) and had an effective field goal percentage of 0.661 (above their season average of 0.509). Markus Howard was the top scorer from either team with 26 points on 6-for-13 shooting from the field.

A focal point for the Marquette offense is getting to the free throw line. The Golden Eagles rank ninth in free throw attempt (FTA) rate (0.308), but North Dakota State is among the best in the nation at keeping opponents away from the charity stripe (ranking 30th by yielding a FTA rate of 0.153). The Bison should have an edge in terms of ball security. They rank 7th at avoiding errors (turnover percentage of 15.2 percent), while the Golden Eagles force the 74th-fewest turnovers in the country (opponents’ turnover percentage of 18.2 percent).

The Bison’s average margin of victory in their last five games has been 7.8, up from 6.5 for the season.