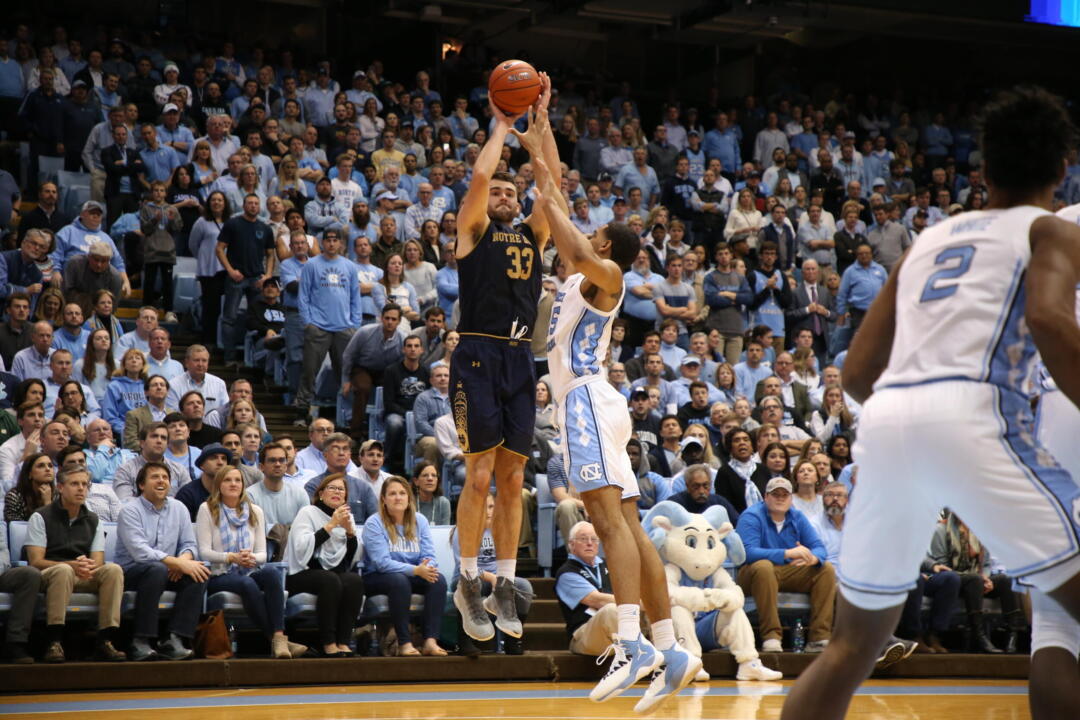 The Tar Heels are hoping for a better outcome after their 64-62 loss to the Virginia Cavaliers in their last outing. Virginia’s 17.3 turnover percentage was their largest strength over North Carolina, who had a rate of 21.1. The Cavaliers’ mark was better than their season average of 17.7, while the Tar Heels’ was above their season average of 15.3. Garrison Brooks was the top scorer from either team with 20 points on 9-for-14 shooting.

Notre Dame could put on a ball-control clinic in this contest. Notre Dame ranks first in the country at avoiding errors (turnover percentage of 14.3 percent), while North Carolina forces the 29th-fewest turnovers (16.6 percent).

This will be the second game of the season between these two squads. In the first, Anthony scored a game-high 34 points and the Tar Heels beat the Fighting Irish 76-65. He also put up 11 rebounds and five assists. The Tar Heels had a much better offensive rebounding percentage (37.8 vs. 17.8) and had a better free throw rate (0.169 vs. 0.118).

The Tar Heels’ average margin of defeat in their last five games has been 5.6, up from 0.5 for the season.