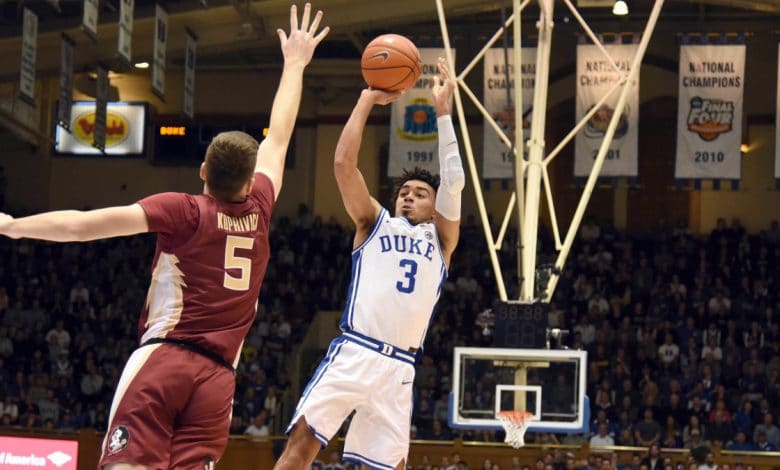 The opening line at Pointsbet Iowa has the home team Duke as 13 point favorites over conference foe North Carolina State and a total set at 151.5.

The Wolfpack will be looking for similar success after topping the Pittsburgh Panthers in their last game, 77-73. The Wolfpack knocked down 20 of their 27 free throws (74.1 percent) and had an offensive rebounding percentage of 44.1 (above their season average of 28.7). North Carolina State rallied around Manny Bates, who put up 13 points, 10 rebounds and five blocks.

The last time the Blue Devils played, they let one slip away to the Virginia Cavaliers, 52-50. Virginia’s 0.450 effective field goal percentage was their biggest advantage over Duke, who had a rate of 0.339. The Cavaliers’ mark was below their season average of 0.472, while the Blue Devils’ was below their season average of 0.531. With 17 points on 6-for-11 shooting, Vernon Carey Jr. was the top scorer from either team.

This is the second game of the season between these two squads. In the first, Markell Johnson scored a game-high 28 points and the Wolfpack beat the Blue Devils 88-66. He also had nine rebounds. The Wolfpack knocked down 16 of their 21 free throws (76.2 percent) and had a better turnover percentage (11.1 vs. 14.2).

The Wolfpack average 4.7 blocks per game, which ranks 26th in the country. The Blue Devils rank 172nd in blocks allowed per game (4.0).

The Wolfpack’s average margin of victory in their last five games has been 2.2, down from 4.9 for the season.

NFL Draft Betting Odds: Is It Worth Betting On Anyone Other Than Joe Burrow Going No. 1?