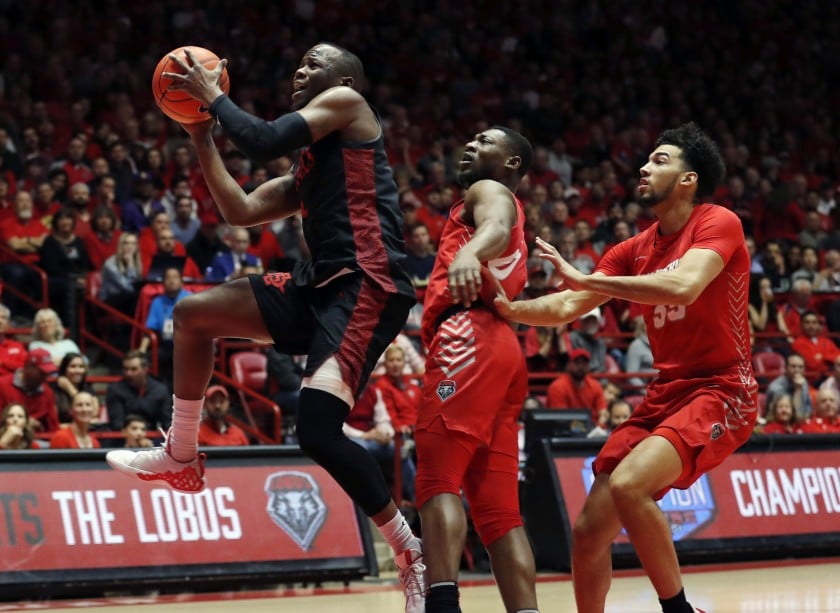 The Aztecs defeated the Air Force Falcons in their last contest, 89-74. The Aztecs had a fantastic free throw rate of 0.327 (above their season average of 0.218) and had an effective field goal percentage of 0.692 (above their season average of 0.546). With 17 points, eight rebounds and seven assists, Malachi Flynn had a solid game for San Diego State.

This is the second game of the season between these two teams. Jordan Schakel put up 11 points and nine rebounds in the first game, in which the Aztecs topped the Lobos 85-57. San Diego State made 15 of its 33 three pointers (45.5 percent). New Mexico, on the other hand, had a much better turnover percentage (12.4 vs. 21.2).

The productive offense of San Diego State (third in the NCAA with an offensive efficiency of 115.0) will face off against the porous defense of New Mexico (283rd in the nation with a defensive efficiency of 104.2). The Aztecs should have the advantage on that side of the ball. This contest should be a matchup of contrasting styles. The up-tempo Lobos rank 36th in possessions per game, while the more methodical Aztecs rank 323rd.

The Lobos’ average margin of victory in their last five games has been 0.2, down from 3.8 for the season.