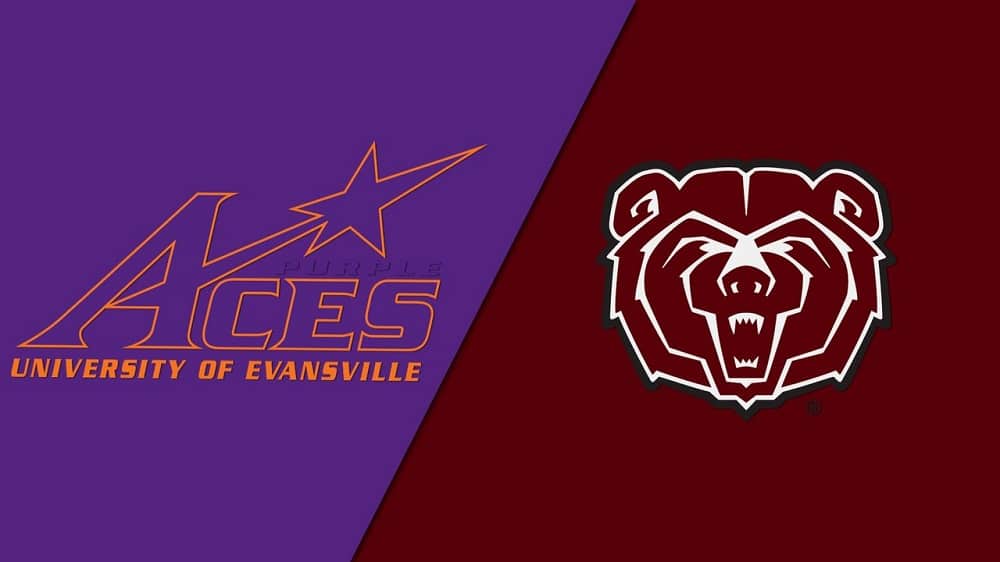 The Missouri State Bears and Evansville Purple Aces will close down their Missouri Valley Conference regular season with a two-game set at Ford Center in Evansville. The Bears opened as 5.5-point road favorites for Friday night, according to DraftKings Sportsbook, so here’s the best Missouri State vs. Evansville betting pick for the opener.

The visitors can clinch the No. 3 seed in the MVC with a win here. Missouri State is undefeated in its last three encounters with Evansville, and the Bears have covered the spread on all three occasions.

The Bears are rolling on a six-game winning streak

The Missouri State Bears (15-5; 11-5 Conf.) have played very well lately, going 6-0 straight up and 5-1 ATS over their last six outings. They are coming off a comfortable 68-53 win at Southern Illinois, covering as 4.5-point road favorites.

It was the Bears’ fifth straight victory by ten or more points, and sophomore forward Gaige Prim marked it with a career-high 29 points, 21 points, and six assists. While Prim went bonkers, sophomore wing Isiaih Mosley had a quiet game, finishing with eight points and four boards. These two guys lead the way for the Bears, as Prim tallies 16.0 points and 9.3 rebounds per game, while Mosley adds 19.7 points and 6.3 boards a night.

The Purple Aces hope to stop a six-game slide

The Evansville Purple Aces (8-14; 6-10 Conf.) are in serious crisis, riding a six-game losing streak following a 74-63 defeat at the Drake Bulldogs this past Monday. They failed to cover a 10.5-point spread and dropped to the fifth spot of the MVC standings.

The Aces had a four-point lead at halftime, but they couldn’t cope with the Bulldogs’ offense in the second period. Drake made 53.2% of its field goals and outrebounded the Aces (35-20) who are one of the worst rebounding teams in the country. Evansville is posting just 26.9 boards per game (345th).

The Bears are playing in a rich vein of form and shouldn’t have any problems outlasting the struggling Purple Aces. Missouri State has too many dangerous offensive weapons for this Evansville team, so I’m backing them to cover a 5.5-point spread.

I’ve said that Evansville failed to cover in four straight outings, losing by ten or more points on all four occasions. The Aces could keep it close on the home court, but I’m looking for the Bears to dominate the game down the stretch.

The under is 7-1 in the Bears’ last eight games overall, and it is 6-0 in the previous six encounters between Missouri State and Evansville, but the over has hit in the Purple Aces’ last six games overall.