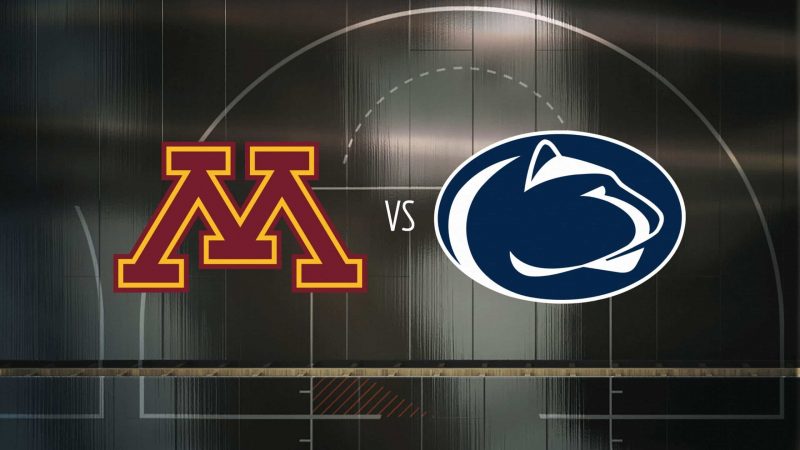 Minnesota and Penn State have had disappointing campaigns in the Big Ten this season, but can make up for them with a nice run in the Big Ten tournament. Here, they face one another for the right to play in the second round, and to avoid the end of their season. In today’s college basketball betting picks, we look at Minnesota vs Penn State and offer up our best bet for this Big Ten battle.

New bettors at BetMGM can get a 20/1 odds on this Minnesota vs Penn State game! Bet $10 to win $200 on either team making a three!

New bettors at BetMGM can get 20/1 odds on this game featuring a made three-point shot. To do so, first-time players at BetMGM can sign up using the button below and place $10 on either team to win this Minnesota vs Penn State matchup. If a three is made in the game, they will receive $200 in free bets, even if their $10 bet does not win.

Why Bet On Minnesota:

✅ Penn State has the better record in Big Ten play, but they have hardly been impressive this season. They finished their regular season with a three-game losing streak that included a 23-point loss to last-place Nebraska, as well as two close road losses to Illinois and Rutgers. That Nebraska loss was an embarrassment, though, and it is hard to justify picking the Nittany Lions after that performance.

✅ While Minnesota has struggled plenty in their own right, they may have the best player on the floor in this game in Jamison Battle. Battle averages over 17 points and six rebounds per game for the Golden Gophers. While the team around him has had its share of struggles to say the least, the Gophers have one offensive weapon they can rely on, which Penn State cannot always say.

✅ These two teams split the season series against one another, with both teams winning on their home floor. This game should be a close one based on the lack of consistency on each side, and getting over a possession with the point spread is a good look given that this game could come down to the final seconds.

For Minnesota to pick up that win, they will need to force Penn State to play faster than they are comfortable with playing. Penn State plays one of the slowest paces in college basketball this season, ranking 354th in the nation in adjusted tempo by KenPom. Minnesota will need to figure out how to force them out of their comfort zone and make them put the ball up sooner than they might like.

The Penn State Nittany Lions enter the Big Ten tournament having lost three straight games to close out their regular season. Now, the Nittany Lions will look to avoid an early exit in the conference tournament. To avoid such an exit, Penn State will need Jalen Pickett to play some of his best basketball.

Pickett, who transferred from Siena for this season, leads the Nittany Lions in scoring and assists this year. He shoots just over 40% from the field on the year, and will need to be a little better than that if he wants to propel Penn State to a victory over Minnesota. While Penn State tends to rely on its defense to win games, the scoring needs to come from somewhere if they want to win here.