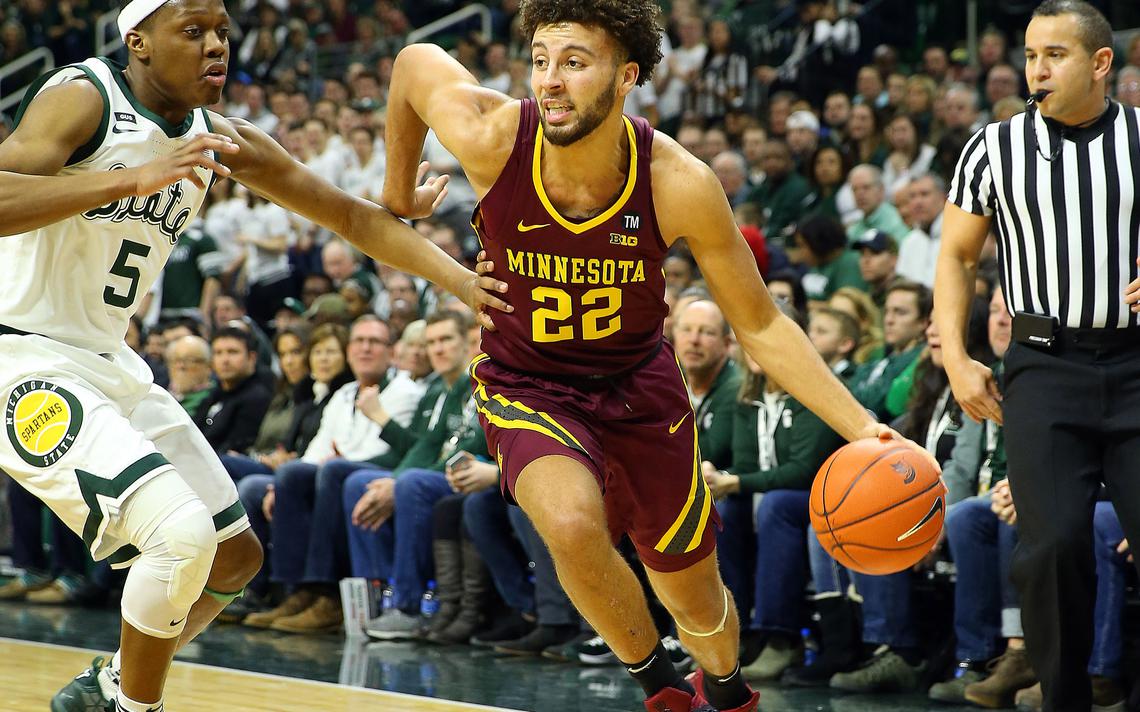 Michigan State opened as an 11-point favorite, while the Over/Under (O/U) for the game has been set at 143.5 points.

In the Golden Gophers’ last contest, they defeated the Northwestern Wildcats, 77-68, but they were unable to cover as 12-point favorites. The game’s total points (145) came in over the projected point total of 135.5. Minnesota out-rebounded Northwestern. The Golden Gophers had more offensive rebounds (15 vs. seven), defensive rebounds (28 vs. 21) and total rebounds (43 vs. 28). With 19 points on 6-for-10 shooting, Daniel Oturu was Minnesota’s leading scorer.

The Spartans dismantled the No. 12 Michigan Wolverines in their last game, 87-69, comfortably covering as 9-point favorites. The game’s total points (156) were over the O/U total of 146. Getting to the charity stripe was one of Michigan State’s largest strengths. They made 33 trips to the line, while Michigan went 22 times. Cassius Winston was the top scorer from either team with 32 points on 11-for-19 shooting from the field.

Minnesota holds records of 8-6 straight up (SU) and 9-5 against the spread (ATS). Games involving the Golden Gophers have typically finished under the total (57.1 percent).

Meanwhile, Michigan State owns records of 12-3 SU and 7-8 ATS. Contrary to Minnesota, games involving the Spartans have typically gone over the total (60.0 percent).

Michigan State averages 43.2 rebounds per game, which ranks third in the NCAA. Minnesota ranks 96th in rebounds allowed per game (33.9).

In its last five outings, Minnesota is 4-1 ATS with 4 overs and 1 under.

Michigan State is 4-1 ATS with 4 overs and 1 under over its last five games.

The Golden Gophers’ average margin of victory in their last five games has been 12.8, up from 8.5 for the season.