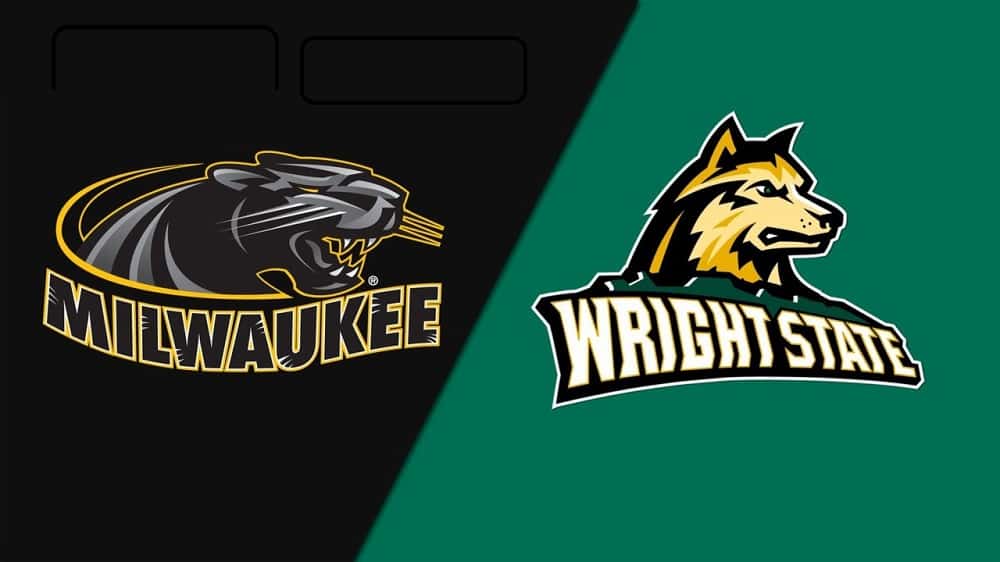 The Milwaukee Panthers take on the Wright State Raiders, as the 2020-21 college basketball season continues Friday night with the Horizon League showdown at Nutter Center in Dayton, Ohio, so here’s the best betting pick along with the latest odds on DraftKings Sportsbook.

These two schools meet each other for the first time this season, and the Panthers are winless in five straight encounters with the Raiders. Still, Milwaukee covered the spread three times in that span, and the Panthers opened as massive 16-point dogs for Friday’s clash, so let’s see what’s the best wager here.

The Milwaukee Panthers (7-8; 6-7 Conf.) are coming off a two-game set against the Northern Kentucky Norse, suffering a couple of losses as 1-point home favorites, 79-65 and 87-73. They put on an awful defensive performance and extended their poor form, as the Panthers have won just two of their previous seven games overall.

Sophomore guard DeAndre Gholston continues to lead the way for the Panthers, averaging 15.3 points and 4.9 rebounds per game. Senior guard Te’Jon Lucas is posting 14.5 points and 5.4 assists per contest, while sophomore G Josh Tomas is adding 9.4 points and 3.5 boards a night.

The Panthers are struggling on both sides of the ball, scoring just 97.6 points per 100 possessions (259th in the country) and conceding 105.3 in a return (241st). They are No. 258 in the latest NCAA NET Rankings, and the Panthers are currently sitting at the sixth spot of the Horizon League standings, six and a half games behind the leader Cleveland State.

The Raiders won seven in a row

The Wright State Raiders (15-4; 13-3 Conf.) are coming off a two-game series at the UIC Flames, extending their winning streak to seven games. They covered the spread on both occasions, outlasting the Flames 72-47 as 9.5-point road favorites and 77-57 as 11-point road favorites.

The Raiders have been terrific thus far, especially on the defensive end, so I’m expecting them to shut down the Panthers’ barren offense and dominate for all 40 minutes. Therefore, give me the hosts to cover even though the spread is huge.

Wright State is just one game behind Cleveland State and continues to chase the top spot in the Horizon League. The Raiders won’t allow any surprises here, so I’m confident about their chances to beat the hapless Panthers by 17 or more points.

Both Milwaukee and Wright State prefer to play at a fast pace, averaging just above 70 possessions per 40 minutes, but I don’t expect to see a high-scoring affair. The Raiders are a good defensive team, and the Panthers will struggle mightily on the offensive end.

In their last three outings, the Raiders limited their opponents to 57 or fewer points. They will be keen to put on another defensive clinic, as that’s the best way for the Raiders to continue with a strong performance and eventually enter the top 50 in the NCAA NET Rankings.

The under is 8-4 in the Raiders’ last 12 games, 5-2 in the Panthers’ previous seven road contests, and 4-1 in the last five encounters between Wright State and Milwaukee.