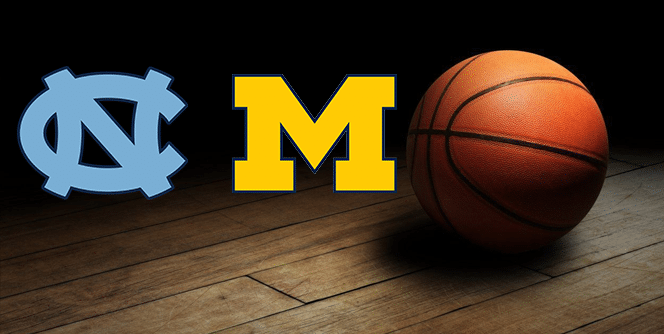 In the Wolverines’ last outing, they beat the Iowa State Cyclones, 83-76. The Wolverines knocked down 13 of their 18 free throws (72.2 percent) and had an effective field goal percentage of 0.673 (above their season average of 0.600). Zavier Simpson had a good outing for Michigan, contributing 10 points, 13 assists and seven rebounds.

The Tar Heels were victorious over the Alabama Crimson Tide in their last matchup, 76-67. North Carolina’s free throw rate was their biggest strength over Alabama. The Tar Heels had a rate of 0.183 (below their season average of 0.230), while the Crimson Tide posted a mark of 0.059 (below their season average of 0.252). With 12 points and 15 rebounds, Armando Bacot played well for North Carolina.

This battle pits one of the country’s top offenses against one of its elite defenses. North Carolina ranks 30th in offensive efficiency and Michigan is fifth in defensive efficiency dating back to the 2018-19 season. Furthermore, second chance points could be rare for the Wolverines. They rank 304th in the NCAA in offensive rebounding percentage at 24.7 percent, while the Tar Heels have been fourth-best on the defensive glass (defensive rebounding percentage of 77.8 percent).