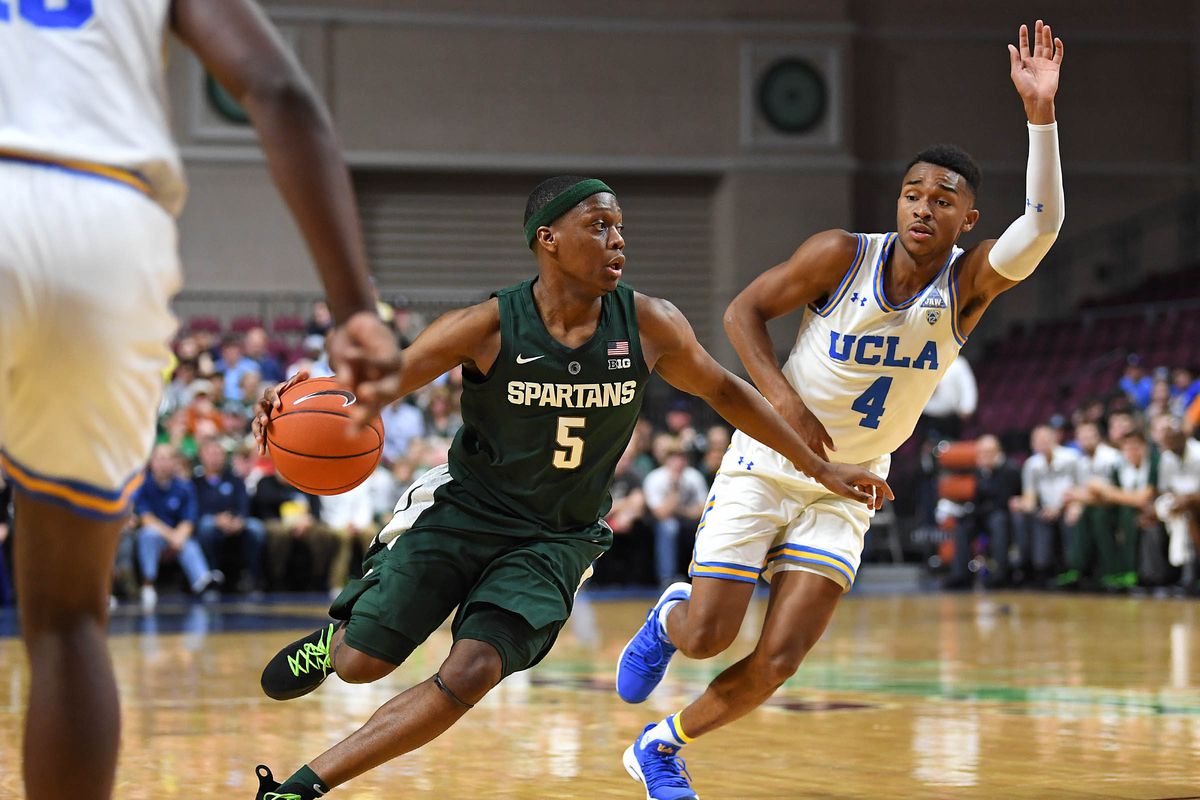 The Spartans will be hoping for similar success after beating the Georgia Bulldogs in their last matchup, 93-85. The Spartans held the Bulldogs to an offensive rebounding percentage of 25.6 (below their season average of 32.3) and had a free throw rate of 0.333 (above their season average of 0.214). With 28 points on 10-for-16 shooting, Cassius Winston led Michigan State in scoring.

The last time the Bruins were in action, they won big over the Chaminade Silverswords, 74-48. UCLA’s effective field goal percentage was their biggest advantage over Chaminade. The Bruins had a rate of 0.594 (above their season average of 0.499), while the Silverswords posted a mark of 0.258 (below their season average of 0.530). Jaime Jaquez Jr. was the game’s top scorer with 17 points on 8-for-11 shooting from the field.

UCLA might struggle to put up points as they square off against one of the NCAA’s best defenses. Since last season, Michigan State ranks 26th in defensive efficiency while the Bruins rank 137th in offensive efficiency.

Michigan State averages 5.1 blocks per game, which ranks ninth in the NCAA. UCLA ranks 128th in blocks allowed per game (3.2).