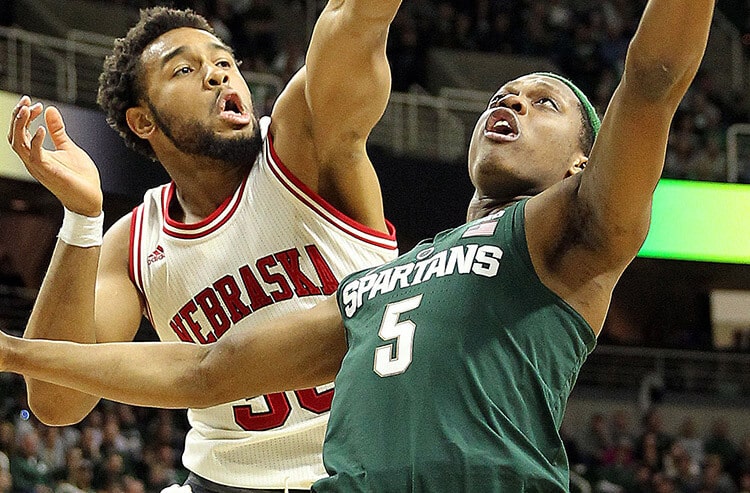 The Cornhuskers were beaten by the Wisconsin Badgers in their last contest, 81-64. Wisconsin’s effective field goal percentage was their largest strength over Nebraska. The Badgers had a rate of 0.611 (above their season average of 0.493), while the Cornhuskers posted a mark of 0.446. Nebraska’s Cam Mack recorded eight points, nine rebounds and eight assists in the game.

The inefficient offense of Nebraska will go head-to-head against the stingy defense of Michigan State. The Cornhuskers currently rank 276th in offensive efficiency, while the Spartans are 33rd in defensive efficiency. The Spartans should have the advantage on that end of the court. Additionally, the Spartans, who rank 54th in offensive rebounding percentage (32.5 percent), will try to exploit the Cornhuskers, who rank 336th in defensive rebounding percentage (66.9 percent).

The Spartans average 17.6 assists per game, which ranks third in the NCAA. The Cornhuskers rank 247th in assists allowed per game (15.0).

The Spartans average 21.8 three pointers per game, which ranks 150th in the country. The Cornhuskers rank 283rd in three pointers allowed per game (26.2).