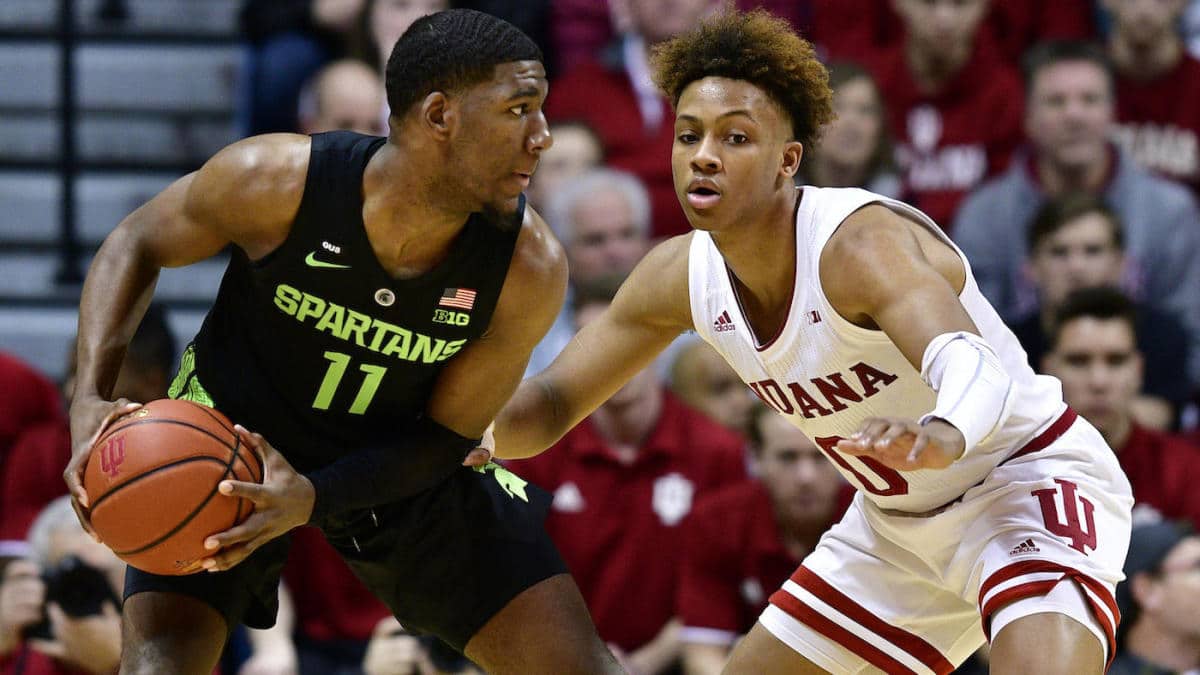 In the Spartans’ last outing, they beat the Wisconsin Badgers, 67-55. Michigan State’s 30.3 offensive rebounding percentage was their largest strength over Wisconsin, who had a mark of 22.5. The Spartans’ mark was below their season average of 35.6. Michigan State received a boost from Xavier Tillman, who led the team in scoring with 15 points on 6-for-14 shooting.

The Hoosiers defeated the Nebraska Cornhuskers in their last matchup, 82-74. Indiana’s 35.3 offensive rebounding percentage was their largest strength over Nebraska, who had a rate of 18.2. The Hoosiers’ mark was above their season average of 35.2. Trayce Jackson-Davis was Indiana’s leading scorer with 18 points on 6-for-7 shooting from the field.

Indiana averages 4.7 blocks per game, which ranks 32nd in the nation. Michigan State ranks 122nd in blocks allowed per game (3.7).

The Spartans’ average margin of victory in their last five games has been 7.4, down from 14.7 for the season.