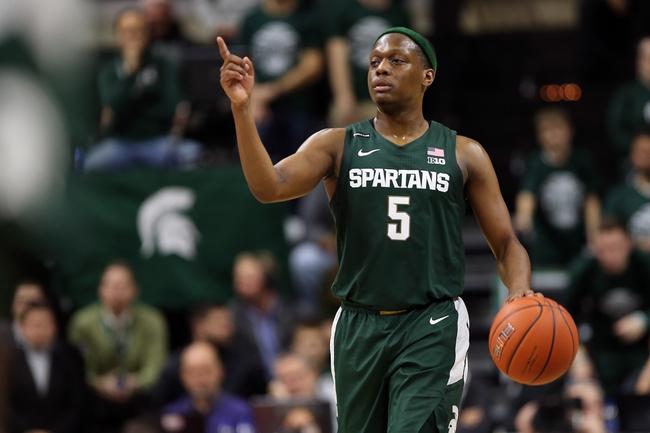 In the Spartans’ last game, they were topped by the Michigan Wolverines, 77-68. Michigan’s 37.0 offensive rebounding percentage was their largest advantage over Michigan State, who had a mark of 28.3. The Wolverines’ mark was above their season average of 25.6, while the Spartans’ was below their season average of 33.7. Xavier Tillman played well for Michigan State, putting up 17 points and 12 rebounds.

The Fighting Illini lost to the No. 9 Maryland Terrapins in their last outing, 75-66. Maryland’s effective field goal percentage was their largest advantage over Illinois. The Terrapins had a rate of 0.554 (above their season average of 0.479), while the Fighting Illini posted a mark of 0.426 (below their season average of 0.503). With 16 points on 5-for-17 shooting, Ayo Dosunmu led Illinois in scoring.

This will be the second game of the season between these two squads. Tillman put up 19 points, seven rebounds and six assists in the first game, in which the Spartans beat the Fighting Illini 76-56. Michigan State did a fantastic job of converting from the free throw line (17-24; 70.8 percent). Illinois, meanwhile, had a better turnover percentage (8.9 vs. 12.4).

The Spartans’ average margin of victory in their last five games has been 6.4, down from 12.2 for the season.