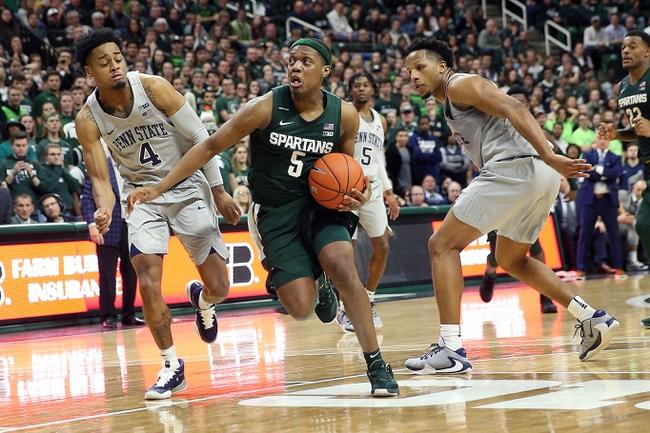 In the Spartans’ last contest, they topped the No. 9 Maryland Terrapins, 78-66. Michigan State’s offensive rebounding percentage was their largest strength over Maryland. The Spartans had a rate of 33.3 (above their season average of 32.7), while the Terrapins posted a mark of 26.5 (below their season average of 32.0). Michigan State rallied around Xavier Tillman, who put up 14 points, 12 rebounds and six assists.

Points could be at a premium as two of the country’s best defenses face off. Penn State ranks 58th in defensive efficiency (95.1) and Michigan State is 30th (93.3).

This will be the second game of the season between these two teams. Cassius Winston scored a game-high 25 points in the first matchup, in which the Spartans lost 75-70. The Nittany Lions had a much better turnover percentage (11.2 vs. 19.8) and had a better offensive rebounding percentage (27.5 vs. 23.3).

The Spartans’ average margin of victory in their last five games has been 7.0, down from 11.3 for the season.