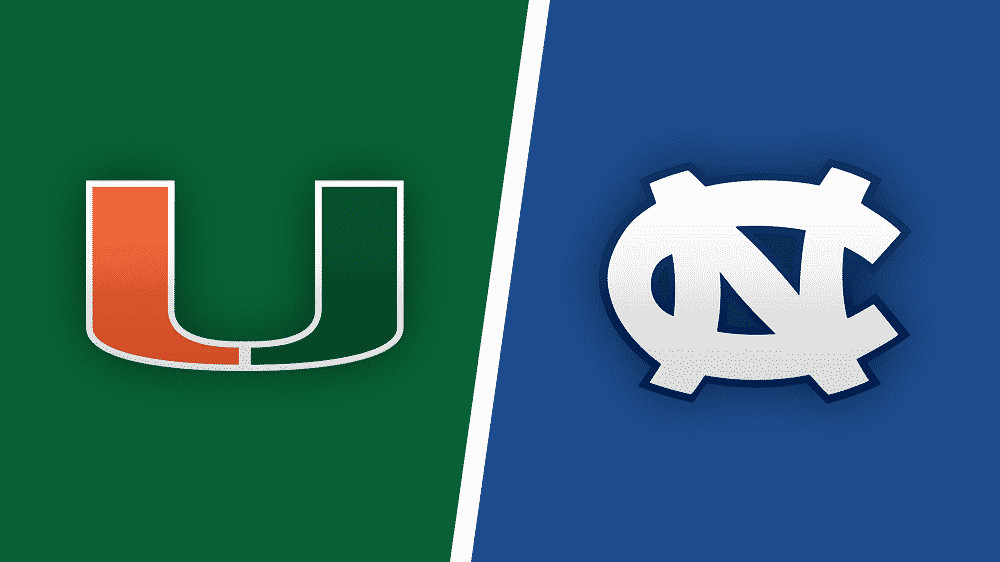 The Miami Hurricanes and North Carolina Tar Heels meet each other for the second time this season on Monday, February 8, so here’s the best betting pick for the Atlantic Coast Conference clash at Dean E. Smith Center in Chapel Hill, North Carolina.

Back on January 5, the Tar Heels narrowly defeated the Hurricanes as 3.5-point road favorites, 67-65, recording their fifth consecutive victory over Miami. According to DraftKings Sportsbook, North Carolina opened as a double-digit fave for Monday’s game, as the visitors have some serious injury problems and miss five players including Chris Lykes (15.5 PPG, 5.5 APG).

The Canes nearly upset another heavyweight

Sophomore guard Isaiah Wong returned from an ankle injury and dropped 19 points on the Hokies along with eight rebounds and six assists. Senior forward Elijah Olaniyi had 19 points and four rebounds, while senior guard Kameron McGusty added 18 points and four boards. The Cans had only seven players at their disposal.

The North Carolina Tar Heels (12-6; 7-4 Conf.) just wrapped up a three-game road trip with a 91-87 win over the Duke Blue Devils which is a massive boost for their confidence after a heavy 63-50 loss at Clemson. It was the Tar Heels’ fourth win in the last five showings and the third ATS victory in the previous four contests.

Freshman guard Caleb Love went off for career-high 25 points, while all five North Carolina starters scored in double figures. The Tar Heels enjoyed a wonderful shooting night, making 53.1% of their field goals and 66.7% of their 3-pointers.

North Carolina is No. 50 in the NCAA NET Rankings and No. 40 in the KenPom rankings. The Tar Heels score 109.9 points per 100 possessions (57th in the country) and allow 92.9 in a return (31st). Sophomore forward Armando Bacot leads the way for North Carolina, averaging 12.1 points and 7.4 rebounds per game, while Caleb Love adds 11.1 points and 3.3 assists a night.

The shorthanded Hurricanes were terrific last week, but they’ll have to slow down while struggling with fatigue. On the other side, the Tar Heels have solid depth and desperately need to stay on the winning path. They are slowly improving in the NET Rankings, so a home loss to the Canes would be a huge step back.

North Carolina has owned Miami over the last few years. The Tar Heels should know what to do to get this one easily over the injury-depleted Hurricanes.

While Miami averages 68.0 possessions per 40 minutes (206th in the nation), North Carolina records 70.6 (78th), and the Tar Heels will look for some high-tempo basketball in this one, trying to take full advantage of the Canes’ weariness.

As I’ve mentioned, Miami played with just seven guys in that overtime loss to Virginia Tech. The over has hit in the Hurricanes’ previous two contests, while five of North Carolina’s last seven games went in the over. Also, the over is 3-1 in the last four meetings between these two ACC foes.