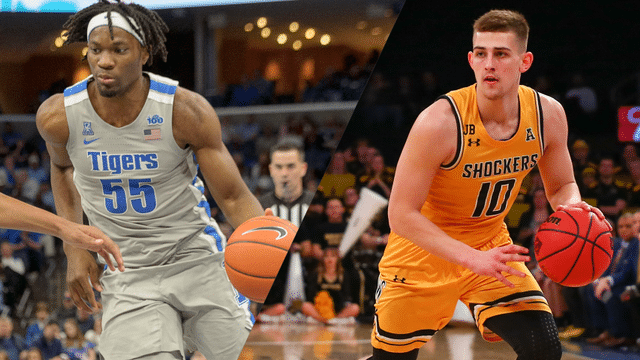 The last time the Tigers played, they were beaten by the Georgia Bulldogs, 65-62. Georgia’s effective field goal percentage was their biggest advantage over Memphis. The Bulldogs had a rate of 0.475 (below their season average of 0.529), while the Tigers posted a mark of 0.418 (below their season average of 0.532). Precious Achiuwa was the top scorer from either team with 20 points on 8-for-16 shooting.

The Shockers had no trouble getting past the Ole Miss Rebels in their last contest, 74-54. The Shockers had an effective field goal percentage of 0.542 (above their season average of 0.491) and had a much better offensive rebounding percentage (32.3 vs. 24.3). Erik Stevenson was the game’s high scorer with 29 points on 9-for-15 shooting from the field.

After the Tigers won both games against the Shockers last season, these teams will clash for the first time this year. In the last contest, Memphis won 88-85. Memphis did a great job of getting and making free throws (24-33; 72.7 percent). Wichita State, on the other hand, had a much better offensive rebounding percentage (26.8 vs. 21.2).

This matchup figures to be low-scoring as a pair of the nation’s best defenses square off. Wichita State currently ranks 16th in defensive efficiency (86.4) and Memphis is fourth (82.8). It could also be an error-filled game for the Tigers’ offense, which ranks 317th in ball protection (turnover percentage of 22.3 percent). They’ll be going up against the stingy defense of the Shockers, which forces the 55th-most turnovers in the country (22.9 percent).

The Tigers rank fourth in blocks per game (6.8) while the Shockers rank 121st in blocks allowed per game (3.8).

The Tigers’ average margin of victory in their last five games has been 16.4, down from 17.0 for the season.