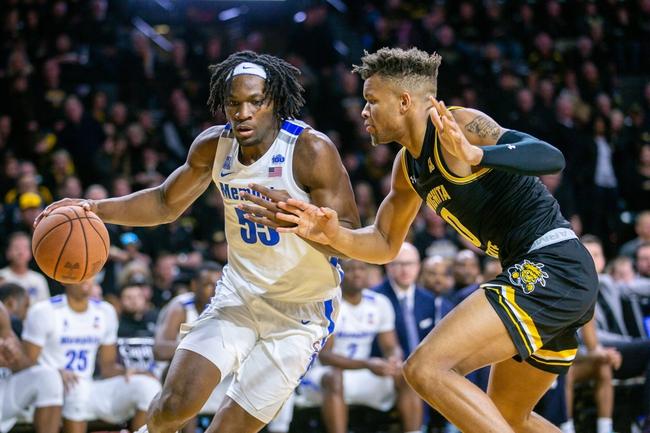 In the Tigers’ last matchup, they were defeated by the No. 23 Wichita State Shockers, 76-67. Wichita State’s turnover percentage was their largest strength over Memphis. The Shockers had a rate of 10.8 (better than their season average of 14.5), while the Tigers posted a mark of 20.3. Precious Achiuwa was the game’s leading scorer with 22 points on 8-for-11 shooting.

The Bulls lost a tough one against the East Carolina Pirates in their last outing, 62-59. East Carolina’s 0.530 effective field goal percentage was their largest strength over South Florida, who had a mark of 0.386. The Pirates’ mark was above their season average of 0.472, while the Bulls’ was below their season average of 0.488. South Florida’s Laquincy Rideau had a good performance, leading the team in scoring with 16 points on 5-for-14 shooting.

The ineffective offense of South Florida (282nd in the NCAA with an offensive efficiency of 96.7) will face off against the stingy defense of Memphis (sixth in the nation with a defensive efficiency of 84.1). The Tigers figure to have the edge on that end of the court. It will also be a tale of two styles as the up-tempo Tigers rank 20th in possessions per game, while the more methodical Bulls rank 316th.

After the Bulls won the lone contest against the Tigers last season, 84-78, these teams will go head-to-head for the first time this year. South Florida did a terrific job of getting to and converting from the charity stripe (32-44; 72.7 percent). Memphis, on the other hand, had a much better turnover percentage (20.1 vs. 33.6).

The Tigers’ average margin of victory in their last five games has been 13.8, down from 15.3 for the season.