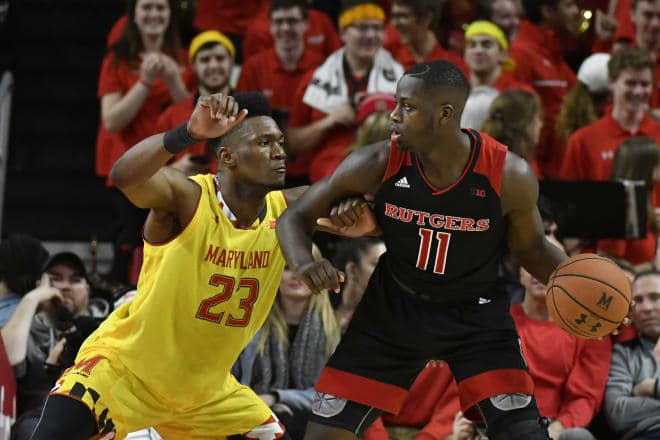 In the Terrapins’ last contest, they were defeated by the No. 24 Michigan State Spartans, 78-66. Michigan State’s 33.3 offensive rebounding percentage was their largest strength over Maryland, who had a mark of 26.5. The Spartans’ mark was above their season average of 32.7, while the Terrapins’ was below their season average of 32.0. Jalen Smith was the game’s leading scorer with 20 points on 6-for-10 shooting.

The Scarlet Knights lost a close one to the No. 16 Penn State Nittany Lions in their last outing, 65-64. Penn State’s 0.250 free throw rate was their largest advantage over Rutgers, who had a rate of 0.094. The Nittany Lions’ mark was above their season average of 0.220, while the Scarlet Knights’ was below their season average of 0.193. With 13 points on 5-for-9 shooting, Jacob Young was Rutgers’ leading scorer.

This will be the second game of the season between these two squads. In the first, Smith recorded 14 points, 15 rebounds and six blocks and the Terrapins beat the Scarlet Knights 56-51. Maryland did a fantastic job of converting from the free throw line (12-15; 80.0 percent). Rutgers, on the other hand, had a better turnover percentage (11.7 vs. 15.6).

This contest figures to be low-scoring as two of the country’s top defenses clash. Rutgers ranks 20th in defensive efficiency (92.5) and Maryland is 49th (94.6).