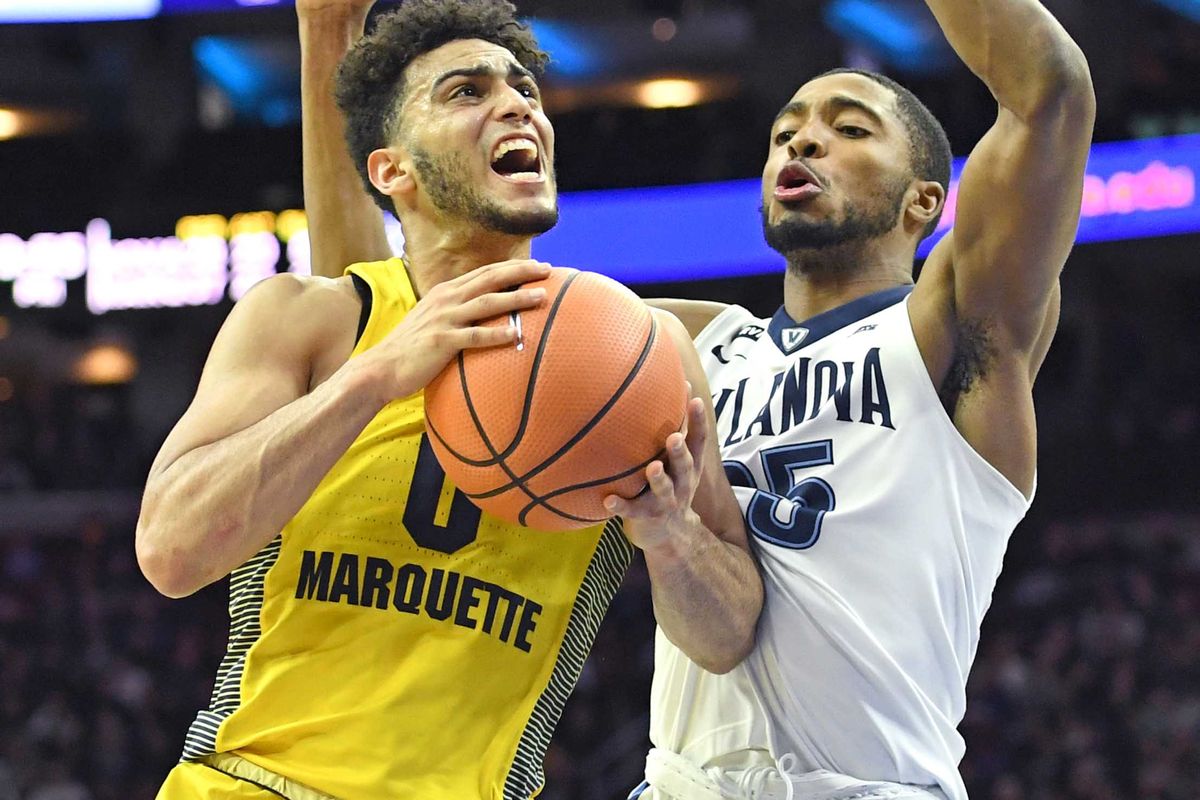 The Golden Eagles will be hoping for similar success after blowing out the No. 19 Butler Bulldogs in their last matchup, 76-57. The Golden Eagles knocked down 21 of their 28 free throws (75.0 percent) and held the Bulldogs to an effective field goal percentage of 0.417 (below their season average of 0.530). Brendan Bailey was a key piece for Marquette with 16 points and eight rebounds.

In the Wildcats’ previous game, they were beaten by the No. 12 Seton Hall Pirates, 70-64. Seton Hall’s 30.6 offensive rebounding percentage was their biggest advantage over Villanova, who had a rate of 17.9. The Pirates’ mark was above their season average of 28.7, while the Wildcats’ was below their season average of 27.2. Villanova’s Jeremiah Robinson-Earl put up nine points and 14 rebounds in the game.

This is the second game of the season between these two squads. In the first, Markus Howard scored a game-high 29 points and the Golden Eagles defeated the Wildcats 71-60. He also had eight rebounds. Marquette did a fantastic job of getting and making free throws (26-30; 86.7 percent). Villanova, on the other hand, had a better offensive rebounding percentage (23.8 vs. 19.4).

Both teams have had a player take their game to the next level over their last five games. Koby McEwen (12 points,7.8 rebounds,4.0 assists) has been fantastic for the Golden Eagles while Collin Gillespie (19 points,6.0 rebounds,5.2 assists,1.2 steals) has made great contributions to the Wildcats.

Villanova should be expected to protect the ball well in this contest. Villanova ranks 16th in the NCAA at avoiding errors (turnover percentage of 15.8 percent), while Marquette forces the 10th-fewest turnovers (16.0 percent). This contest should be a showdown of contrasting tempos. The fast-paced Golden Eagles rank 56th in possessions per game, while the more half-court oriented Wildcats rank 274th.

The Golden Eagles’ average margin of victory in their last five games has been 7.0, down from 8.5 for the season.