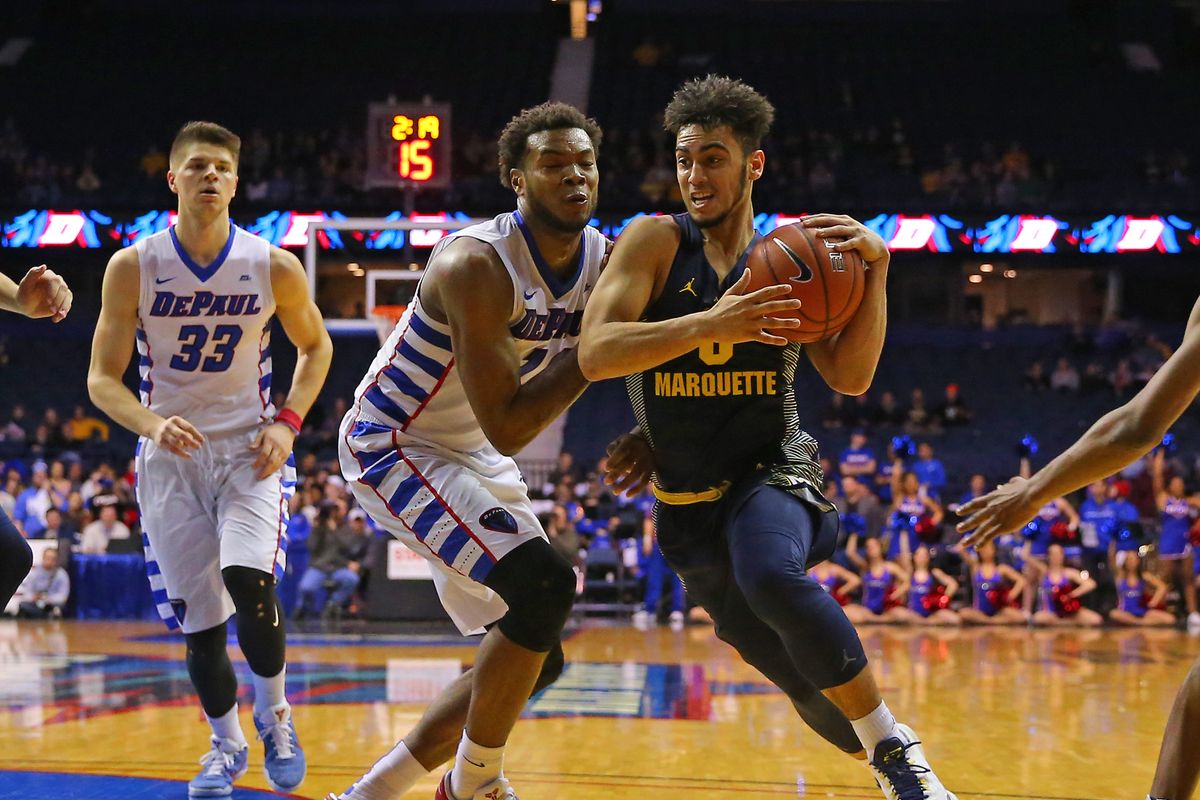 The last time the Golden Eagles played, they were defeated by the No. 13 Seton Hall Pirates, 88-79. Seton Hall’s turnover percentage was their largest strength over Marquette. The Pirates had a rate of 8.3 (better than their season average of 16.9), while the Golden Eagles posted a mark of 10.8. Markus Howard was the game’s high scorer with 37 points on 12-for-20 shooting.

The Blue Demons were blown out by the Butler Bulldogs in their last matchup, 60-42. Butler’s 15.0 turnover percentage was their biggest advantage over DePaul, who had a rate of 22.8. The Bulldogs’ mark was better than their season average of 15.5, while the Blue Demons’ was above their season average of 17.7. With eight points on 4-for-5 shooting, Nick Ongenda was DePaul’s leading scorer.

This is the second game of the season between these two squads. Howard scored a game-high 31 points in the first matchup, in which the Golden Eagles defeated the Blue Demons 76-72. Marquette did a fantastic job of getting to and converting from the free throw line (29-35; 82.9 percent). DePaul, on the other hand, had a better turnover percentage (12.8 vs. 14.4).

The physical Marquette offense might be getting to the charity stripe a lot in this meeting. The Golden Eagles currently rank 14th in the nation with a free throw attempt (FTA) rate of 0.291, while DePaul ranks 280th in FTA rate allowed (0.262).