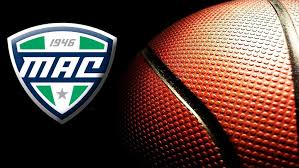 The Mid-American Conference is having a down year in football, but there is some hope that the basketball season will provide the excitement that fans and bettors are seeking. This is a conference that could be in something of a state of flux, though. The odds at DraftKings Sportsbook have Buffalo as the favorite following two tremendous seasons in a row, but former bench boss Nate Oats is now the head coach at Alabama.

Jump Down To The MAC Basketball Conference Championship Odds

The Bulls have a lot to replace from last season, which is why the conference is actually pretty wide-open. There are always going to be teams that don’t have much of a chance, but in a conference without a lot of lauded recruits, sophomores and juniors that take a big leap from one season to the next can become dominant players.

Heading into the season, Toledo is the highest-rated team according to Ken Pomeroy and Buffalo is second. Those are the only two teams in the top 100. The MAC returns to a one-bid league irrespective of the team that wins the conference, so this is a very, very important banner to hang.

Buffalo is that +200 favorite, but reputation may be overvaluing the reality of this team. With seniors like CJ Massinburg, Jeremy Harris, Nick Perkins, Montell McRae, and Dontay Caruthers gone, Buffalo has to replace a ton of scoring. Buffalo was a top-50 team offensively and defensively. With a new head coach and a whole lot of new players getting much higher usage rates, the Bulls aren’t going to have as clear of a path to the title as they did last season. Transfers Antwain Johnson and Gabe Grant could help, but this feels like a transitional year. That could change if Josh Mballa is granted a waiver to play.

Toledo looks to be the clear-cut leader in the West Division based on the odds at +250. That factors into the equation here. Buffalo will have tests from Bowling Green, Kent State, and to a lesser degree, Akron and Ohio. Toledo won’t be tested much, as the directional Michigan schools range from decent to bad. As a whole, the West is clearly weaker than the East.

The Rockets did lose a fair amount from last season, including shot blocker AJ Edu and also the team’s top jump shooters in Nate Navigato and Jaelan Sanford. The leftover talent for Tod Kowalczyk is pretty good, but is it that far above what the rest of the conference’s hopefuls have to offer? It is a fair question to ask, considering Kowalczyk’s Rockets were a top-100 team for the first time since 2015 and just the second time in his Toledo tenure. Has that much changed? At least Luke Knapke is back.

With that in mind, it is clear that we are looking for some value in the MAC. The favorites are tenuous at best. How about the Akron Zips at +2000? Akron was arguably the best defensive team in the conference last season under third-year head coach John Groce. The offensive was offensive, but the Zips were a top-notch defensive team. Being that good on one side of the ball may be enough in this league.

That being said, the absolute best value in this conference is a monster 40/1 shot on Ball State. James Whitford’s team was pretty good in defense and very good at shooting two-point shots. A few too many turnovers hurt, but the team’s insistence to put the ball in the hands of injured forward Trey Moses is now gone because the senior exhausted his eligibility. This will be a more organic and free-wheeling type of team. Miryne Thomas gets a new lease on life after transferring in from Maryland-Eastern Shore and Jarron Coleman, who redshirted last season, was a rare three-star recruit in Muncie. With the West pretty wide-open, Ball State at 40/1 is very much worth a gamble.

With new coaches at Buffalo (Whitesell), Ohio (Jeff Boals – Stony Brook HC and former Ohio State assistant), and a third-year head coach in Jack Owens at Miami of Ohio, who is building a decent team in Oxford, the MAC in basketball will look a lot like the MAC in football. Buffalo would seem to be the leader, but everybody will beat everybody, so some longer shots are worth betting.