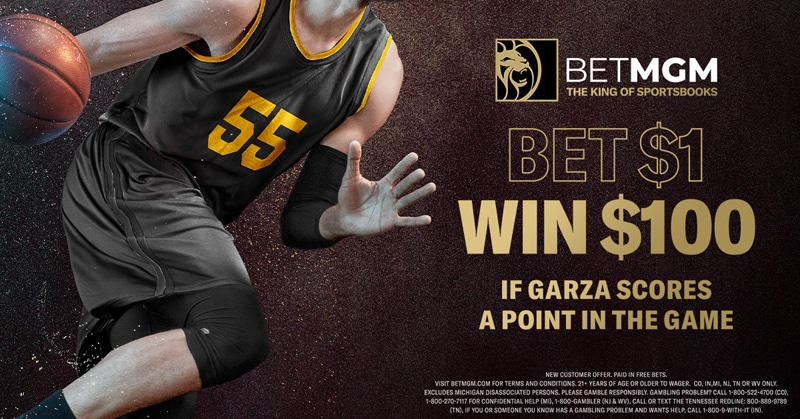 Luka Garza In The Spotlight for Iowa vs. Illinois on January 29

Let’s start with the game and then get into the offer. Iowa is coming off of a bad loss against Indiana at home by an 81-69 score. The other two losses for the Hawkeyes were easily explained. The first was against Gonzaga and the Zags are one of the best teams in the country. The second was a Christmas road loss to Minnesota. For those that haven’t noticed, the Golden Gophers are so good at home and so bad on the road that they might as well be the Minnesota Golden Jekyll and Hydes.

But the Indiana loss. That one stings. The 1.010 points per possession for Iowa marked a low point for the season. Despite a strong performance on the offensive glass, the Hawkeyes just couldn’t hit enough shots. They were 24-of-63 from the field overall and just 5-of-23 from three-point range. Their only performance that was worse from three was against Gonzaga.

That should mean a bounce back opportunity here against an Illinois team that has had a couple of hiccups lately with home losses to Maryland and Ohio State. A “get right” game against Penn State went in the win column by 14 back on January 19, but 10 days is a pretty lengthy layoff.

The Illini have dropped five games to this point, with three of them by three points. With a short favorite role here for Illinois, it is worthy of mentioning that the Illini are just 1-4 in “close games” this season. They beat Ohio by two and have those three three-point losses to Missouri, Rutgers, and Maryland plus a six-point loss to Ohio State.

The deciding factor in the game could very well be 6-foot-11 Luka Garza. Garza scored 28 points in the losing effort against Indiana last Thursday, so it wasn’t his fault. Garza has scored at least 16 points in every game this season and has exceeded 20 points in all but three games.

With that in mind, it’s time to talk about the offer at BetMGM Sportsbook. New users can sign up and automatically become eligible for the Bet $1, Win $100 promotion regarding Luka Garza. Bet $1 on the money line for the game (on either side) and Win $100 in free bets if Garza scores a point.

That’s it. One point. One of the country’s best players, a guy who has scored 90 points in Iowa’s three losses and 26.9 points per game on average, simply has to score one point.

You can pair this Bet $1, Win $100 promotion with a new user sign-up bonus at BetMGM Sportsbook good for a Risk-Free Bet up to $500.

So, really, it doesn’t even matter who wins the game. You do have to live in Iowa to take advantage of this promotion, which means that you’ll probably be betting on the Hawkeyes, so we’ll root for them as well, but you’ll be a winner on this Luka Garza Bet $1, Win $100 promotion unless the worst-case scenario happens and he gets hurt right away. We’ll all cross our fingers to make sure that doesn’t happen.

Enjoy the big game and get started in a big way with your bankroll at BetMGM Sportsbook Iowa.