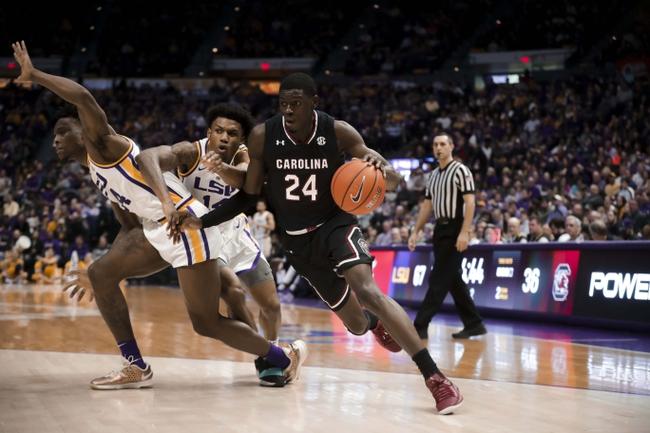 In the Tigers’ last contest, they were defeated by the No. 10 Kentucky Wildcats, 79-76. Kentucky’s 0.549 effective field goal percentage was their biggest strength over LSU, who had a mark of 0.447. The Wildcats’ mark was above their season average of 0.501, while the Tigers’ was below their season average of 0.529. Darius Days put together a solid performance for LSU, putting up 13 points and 11 rebounds.

The Gamecocks lost a tough one against the Mississippi State Bulldogs in their last outing, 79-76. One of Mississippi State’s biggest advantages was getting to the charity stripe. They made 36 trips to the line, while South Carolina went just 19 times. South Carolina’s Maik Kotsar had a good performance, leading both teams in scoring with 24 points on 11-for-17 shooting.

The offensive glass should be a major advantage for South Carolina in this showdown. The Gamecocks rank 71st in offensive rebounding percentage (31.7 percent), while LSU ranks 217th in defensive rebounding percentage (71.5 percent). Moreover, the seventh-ranked offense of the Tigers (offensive efficiency of 113.8) will face off against the 40th-ranked defense of the Gamecocks (defensive efficiency of 93.8).

Both teams have had a player take their game to the next level over their last five games. Skylar Mays (19 points,5.4 rebounds,3.2 assists,1.6 steals) has been great for the Tigers while Kotsar (15 points,7.0 rebounds,2.2 blocks,2.0 steals) has contributed greatly to the Gamecocks.

After the Tigers won the only contest against the Gamecocks last season, 89-67, this will be the first matchup of the year between these two teams. The Tigers made 32 of their 35 free throws (91.4 percent) and had a much better offensive rebounding percentage (39.5 vs. 15.0).

The Tigers average 40.1 rebounds per game, which ranks 16th in the country. The Gamecocks rank 127th in rebounds allowed per game (34.5).

The Tigers average 4.1 blocks per game, which ranks 50th in the NCAA. The Gamecocks rank 131st in blocks allowed per game (3.6).