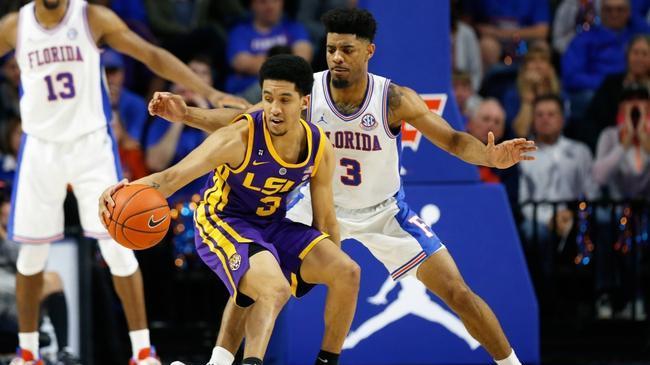 Florida opened as a 4-point favorite, while the game’s Over/Under (O/U) has been set at 149.5 points at Draftkings on the Indiana Sports Betting App.

The Tigers come in on a high note after topping the South Carolina Gamecocks in their last game, 86-80. LSU made good use of their 31 trips to the free throw line, converting on 25 of them (80.6 percent). South Carolina, meanwhile, was just 15-25 (60.0 percent). LSU rallied around Darius Days, who was the game’s leading scorer with 18 points on 6-for-8 shooting.

In the Gators’ last game, they were beaten by the No. 10 Kentucky Wildcats, 65-59. Kentucky’s turnover percentage was their largest advantage over Florida. The Wildcats posted a mark of 18.5 (uglier than their season average of 15.9), while the Gators had a rate of 21.9 (above their season average of 15.7). With 19 points on 8-for-13 shooting, Keyontae Johnson was Florida’s leading scorer.

This is the second game of the season between these two teams. Mays put up 18 points and seven assists in the first matchup, in which the Tigers beat the Gators 84-82. The Tigers made 24 of their 31 free throws (77.4 percent) and had a much better offensive rebounding percentage (42.9 vs. 25.8).

Both teams have had a player take their game to the next level over their last five games. Skylar Mays (22 points,5.8 rebounds,3.4 assists,1.6 steals) has been stellar for the Tigers while Johnson (15 points,8.6 rebounds) has contributed greatly to the Gators.

The Tigers have scored an equal number of points as their opponents. On the season, LSU has defeated opponents by an average of 7.6 points.