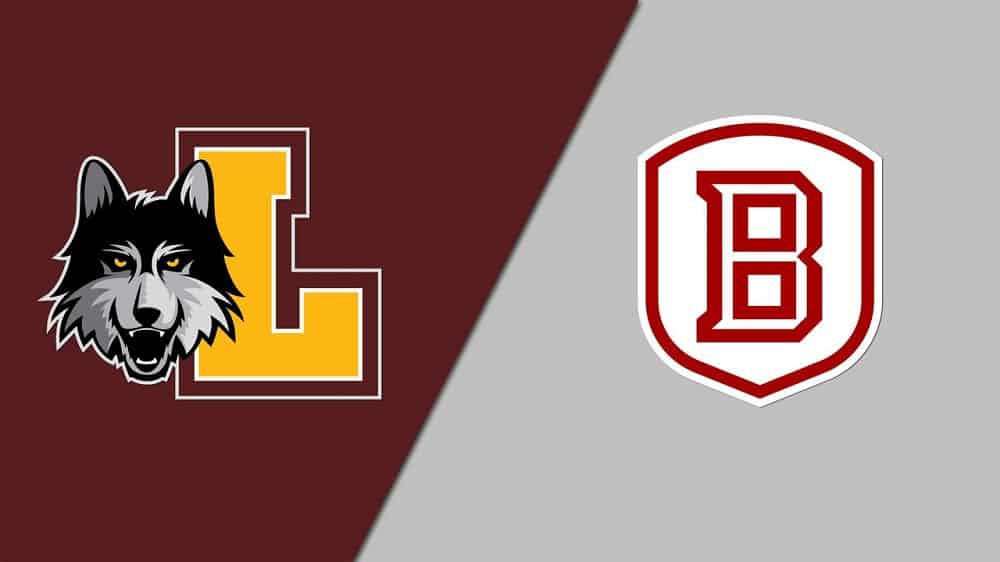 The Loyola Chicago Ramblers head to Carver Arena in Peoria, Illinois, to open a two-game series against the Bradley Braves, so I’m taking a closer look at Sunday’s clash between these two Missouri Valley Conference foes.

The Ramblers have won three of their previous four encounters with the Braves including both last season’s duels. They open as slight road favorites for Sunday’s game against Bradley, according to DraftKings Sportsbook.

The Loyola Chicago Ramblers (11-3; 6-1 Conf.) are 4-0 straight up and ATS in their last four outings, coming off a 75-39 victory at the Valparaiso Crusaders this past Wednesday. It was another defensive clinic by the Ramblers, as they limited the Crusaders to just 30.6% shooting from the field and 15.0% from downtown.

Loyola Chicago is now sitting at the 31st spot of the NCAA NET Rankings. The Ramblers are No. 24 in the latest KenPom rankings, scoring 110.7 points per 100 possessions (47th in the country) and surrendering 91.3 in a return (18th).

The Bradley Braves (9-5; 3-2 Conf.) are coming off a 71-56 defeat as 8.5-point favorites at the Illinois State Redbirds last Wednesday, putting an end to a three-game winning streak. They had an early double-digit lead, but the Braves fell apart in the second half and didn’t stand a chance against their conference rivals.

The Ramblers have been impressive during their winning streak, especially on the defensive end, and I’m looking for more of the same when they visit the Braves. The hosts can certainly defend well, but they’ll have a mountain to climb if the Ramblers continue to play terrific defense.

The Braves have won just four of their last 16 encounters with the Ramblers, covering the spread five times in the process. They will need a ton of luck and hard work to stay close in this one.

The Ramblers’ last four games went in the under, while four of the Braves’ previous five contests went in the over. Also, the under is 13-7 in the last 20 encounters between these two schools.

Loyola Chicago has one of the best defenses in the country. The Ramblers limited their opponents below 58 points in four straight outings, while they play at a very slow pace of 65.3 possessions per 40 minutes (321st in the country).

The Braves prefer a slow pace, too, recording 66.8 possessions per 40 minutes. Therefore, I have to bet on the under, looking for a proper defensive battle, though the Ramblers should shut down the Braves while scoring some points against their mediocre defense.