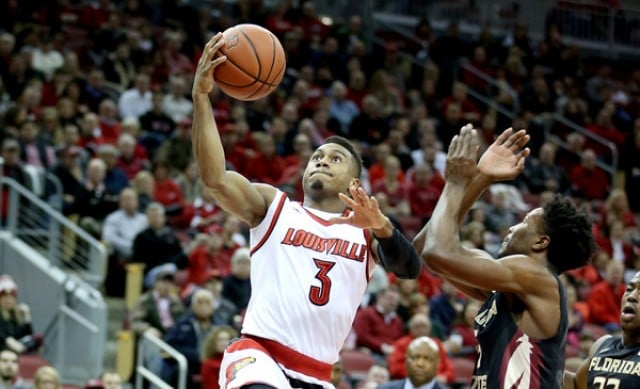 In the Cardinals’ last game, they beat the Miami (FL) Hurricanes, 74-58. Louisville’s 23.1 offensive rebounding percentage was their largest advantage over Miami (FL), who had a mark of 15.2. The Cardinals’ mark was below their season average of 33.8, while the Hurricanes’ was below their season average of 23.6. Louisville was lifted by Jordan Nwora, who was the game’s high scorer with 19 points on 6-for-12 shooting.

The Fighting Irish lost to the North Carolina State Wolfpack in their last outing, 73-68. North Carolina State’s turnover percentage was their biggest strength over Notre Dame. The Wolfpack posted a mark of 10.2 (stronger than their season average of 14.6), while the Fighting Irish had a rate of 18.6 (above their season average of 11.8). With 14 points and 14 rebounds, John Mooney had a solid game for Notre Dame.

Notre Dame could put on a ball-control clinic in this contest. Notre Dame ranks first in the country at avoiding errors (turnover percentage of 14.2 percent), while Louisville forces the 13th-fewest turnovers (16.4 percent).

The Fighting Irish average 28.7 three pointers per game, which ranks 14th in the country. The Cardinals rank 201st in three pointers allowed per game (24.1).

The Cardinals’ average margin of victory in their last five games has been 10.2, down from 14.3 for the season.