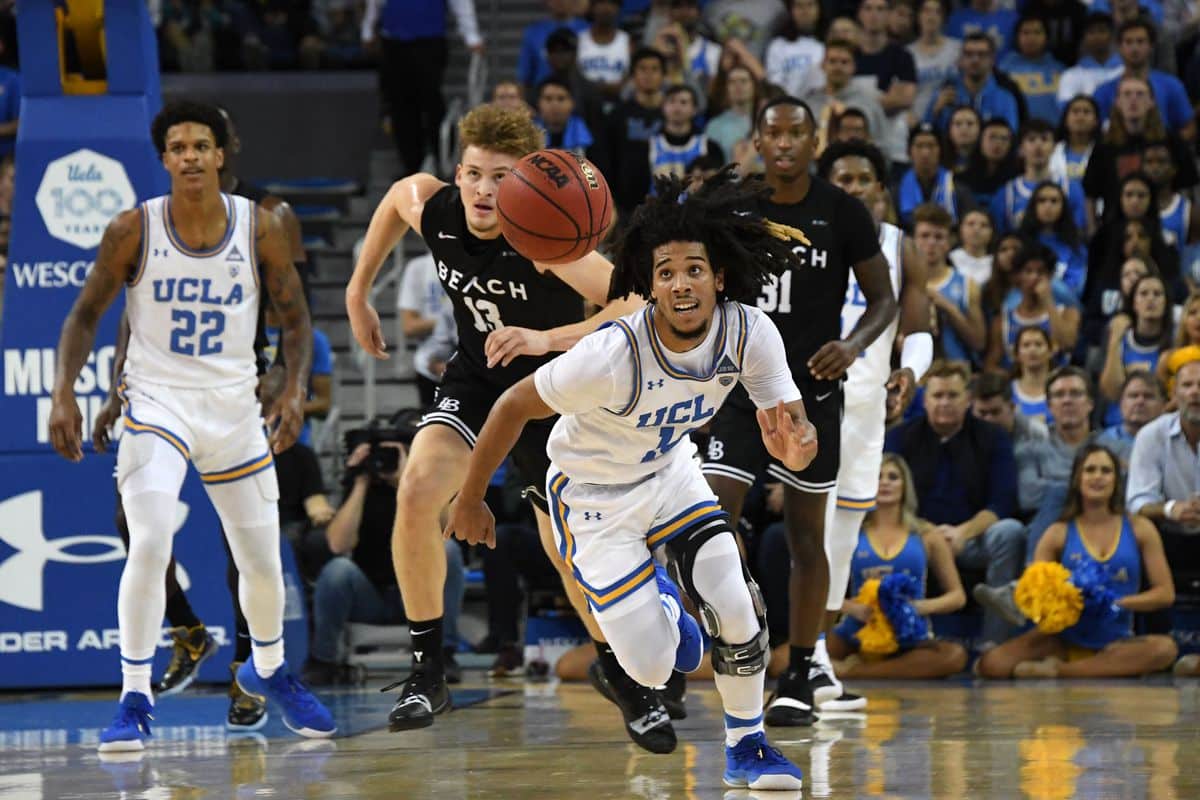 The Long Beach State Beach will open their 2020-21 CBB campaign Monday, November 30, 2020 when they visit the UCLA Bruins at Pauley Pavilion in Los Angeles, so I’m taking a closer look at this non-conference showdown to get the best betting value.

The Bruins are off to a bumpy start and will try to consolidate against the arguably weaker opponent. UCLA and Long Beach State will meet each other for the third straight year, while the Bruins outlasted the Beach in their previous six encounters.

The former 49ers have been a sub-.500 team since 2016 and will try to turn things around in their second year with a new nickname. The Beach went 11-21 this past regular season and finished just above the bottom of the Big West standings thanks to a 6-10 record in the conference play.

Long Beach State returns its top two scorers from the previous season which is an encouraging sign for the upcoming campaign. Guards Chance Hunter (13.9 PPG, 5.0 RPG) and Michael Carter III (12.4 PPG, 2.6 APG) will continue to lead the Beach, so their offense should improve this term.

The Bruins barely avoided a 0-2 start

The Bruins are coming off a 107-98 victory over the Pepperdine Waves in a triple-overtime thriller this past Friday. Interestingly, the Bruins covered a 7-point spread at the neutral site, but they narrowly avoided the second straight loss at the start of the season after losing the opener to the San Diego State Aztecs 73-58.

Against the Waves, UCLA shot 43.9% from the field and only 29.4% from beyond the arc. All five starters scored in double figures led by senior guard Chris Smith, who had 26 points along with 12 rebounds and six assists.

The Beach dropped 13 of their last 15 games on the road while covering just three times in the previous ten. They opened the previous season at Pauley Pavilion, too, and covered a 17-point spread in a 69-65 loss to the Bruins.

This time, I’m looking for UCLA to cover. The Bruins will be keen to improve on the defensive end, while their offense should torture the Beach for all 40 minutes. Also, the Bruins have been covering at a steady pace lately, and I think they will put on a strong performance after a couple of mediocre displays.

Pick: Take UCLA and the points

Neither of these two teams can rely on a tough defense. The Bruins have already proved it over their first two showings, while I don’t expect to see too much from the Beach in their opening game of the season.

Therefore, I’m backing the over on the totals, expecting the offenses to dominate this clash. The over has hit in three over the last four meetings between Long Beach State and UCLA, as well as in the Beach’s previous three outings.