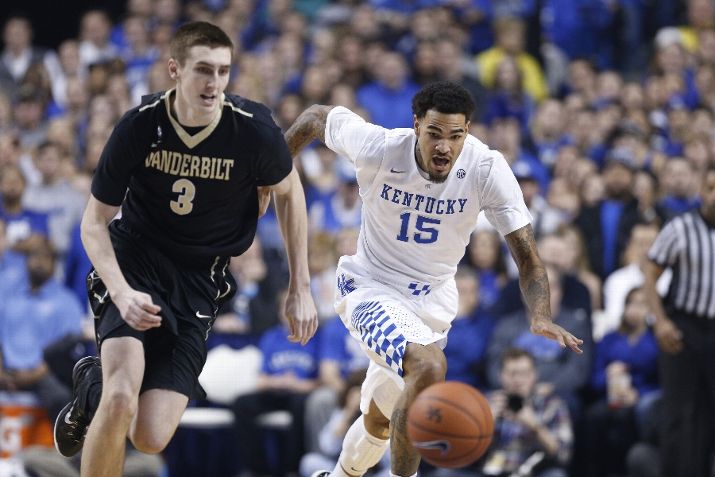 It will be a battle between SEC opponents when the Vanderbilt Commodores (9-14, 1-9 SEC) welcome the No. 12 Kentucky Wildcats (18-5, 8-2 SEC) to Memorial Gym. The game starts at 7 p.m. ET on Tuesday, February 11, 2020, and will air on ESPN. Kentucky Opens as 11 point favorites at Pointsbet Catfish Bend Iowa Sportsbook.

In the Wildcats’ last outing, they topped the Tennessee Volunteers, 77-64. Kentucky’s 0.598 effective field goal percentage was their largest strength over Tennessee, who had a mark of 0.409. The Wildcats’ mark was above their season average of 0.501, while the Volunteers’ was below their season average of 0.485. Kentucky was lifted by Tyrese Maxey, who put up 15 points and five rebounds.

The Commodores were beaten by the Mississippi State Bulldogs in their last game, 80-70. Mississippi State’s effective field goal percentage was their largest strength over Vanderbilt. The Bulldogs had a rate of 0.575 (above their season average of 0.511), while the Commodores posted a mark of 0.448 (below their season average of 0.510). With 20 points on 6-for-12 shooting, Saben Lee led Vanderbilt in scoring.

The physical Vanderbilt offense could be living from the foul line in this meeting. The Commodores rank 35th in the NCAA with a free throw attempt (FTA) rate of 0.280, while Kentucky ranks 174th in FTA rate allowed (0.222).

This will be the second game of the season between these two teams. Dylan Disu put up 13 points, 11 rebounds and five blocks in the first game, in which the Commodores lost 71-62. The Wildcats had a much better offensive rebounding percentage (32.3 vs. 22.9) and had a better free throw rate (0.286 vs. 0.204).

The Wildcats average 4.9 blocks per game, which ranks 20th in the nation. The Commodores rank 92nd in blocks allowed per game (3.2).

The Wildcats’ average margin of victory in their last five games has been 4.6, down from 9.6 for the season.