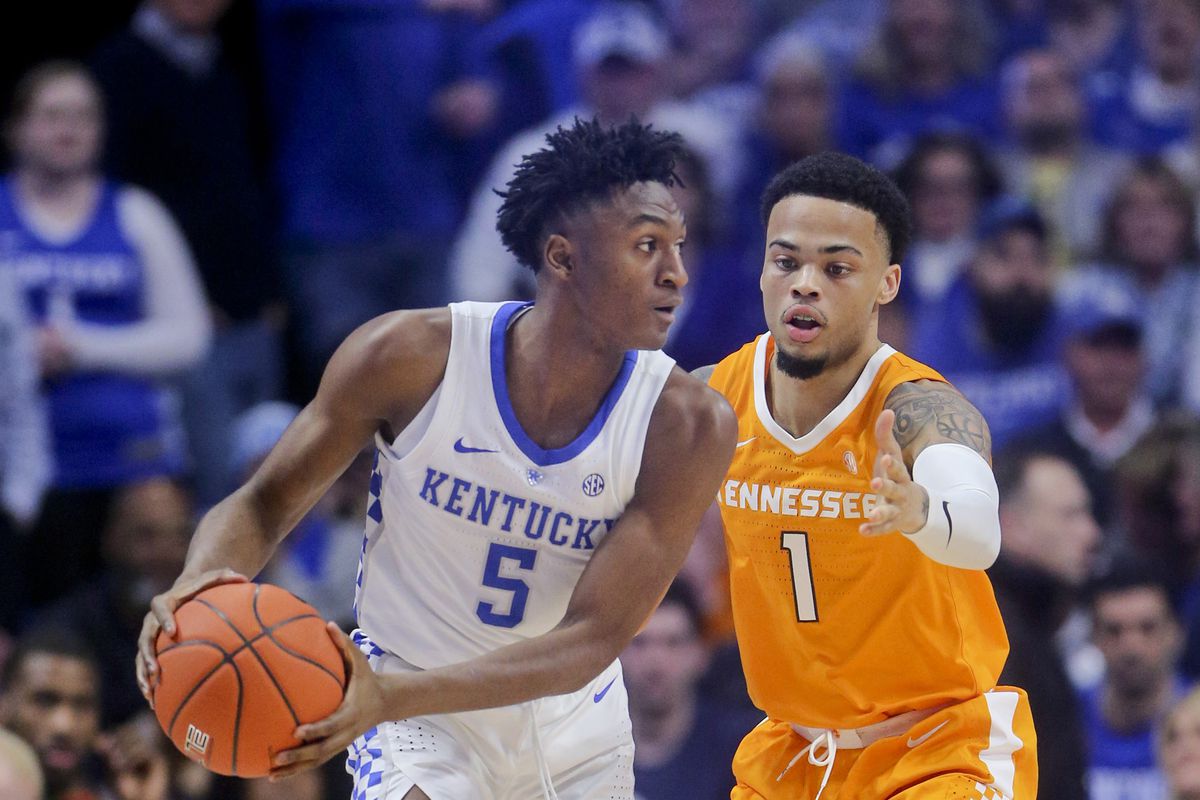 In the Wildcats’ last contest, they beat the Mississippi State Bulldogs, 80-72. The Wildcats knocked down 31 of their 36 free throws (86.1 percent) and held the Bulldogs to an effective field goal percentage of 0.404 (below their season average of 0.517). With 27 points on 7-for-10 shooting, Nick Richards was the game’s high scorer.

The Volunteers edged the Alabama Crimson Tide in their last matchup, 69-68. The Volunteers knocked down 23 of their 32 free throws (71.9 percent), while the Crimson Tide had a turnover percentage of 24.8 (above their season average of 17.6). With 20 points, seven rebounds and six steals, Tennessee’s Jordan Bowden put together a good outing.

After the Volunteers won two out of three contests against the Wildcats last season, these teams will meet for the first time this year. In the last contest, Tennessee won 82-78. Tennessee had a much better turnover percentage (8.2 vs. 14.6). Kentucky, meanwhile, had a better offensive rebounding percentage (36.7 vs. 32.3).

Tennessee might struggle to find the bottom of the net as they face off against one of the country’s best defenses. Kentucky currently ranks 64th in defensive efficiency while the Volunteers rank 217th in offensive efficiency.

The Wildcats average 37.9 rebounds per game, which ranks 76th in the NCAA. The Volunteers rank 114th in rebounds allowed per game (34.3).

The Wildcats’ average margin of victory in their last five games has been 4.0, down from 9.5 for the season.