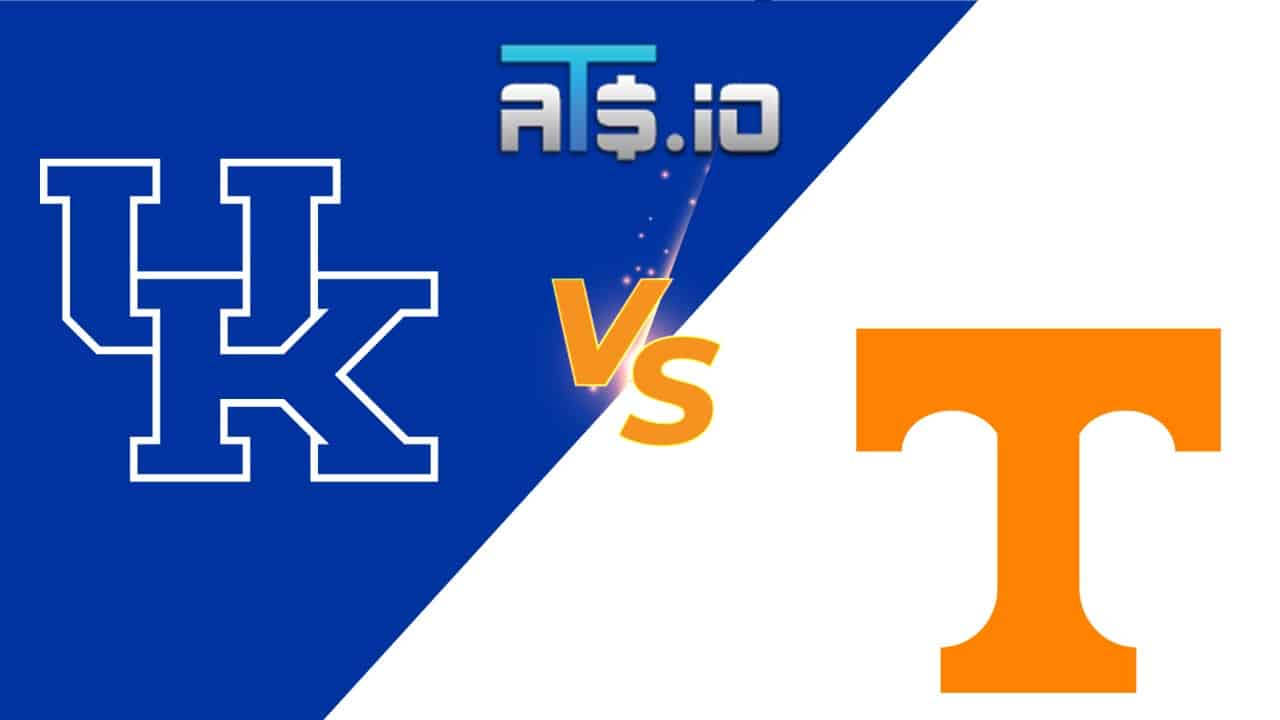 A matchup between arguably the two best teams in the SEC will take place in the semifinals of the SEC tournament when Kentucky and Tennessee square off in Tampa. Both teams received a double bye in this tournament, and were not tripped up by the extra rest, as they look to collect a second win in two days to make the championship game. In our college basketball picks for Saturday, we look at Kentucky vs Tennessee in the SEC semifinals.

New bettors at DraftKings Sportsbook can get a 40/1 odds on this Kentucky vs Tennessee game! Bet $5 to win $200 on either team!

At DraftKings Sportsbook, new players can take advantage of the site’s welcome bonus to collect a 40/1 odds boost on either team to win in Kentucky vs Tennessee. Bettors can wager $5 on either team to win on the moneyline, and get $200 in free bets if that wager is successful. With this game expected to be close throughout, getting a 40/1 price on either side is a terrific value.

Why Bet On Kentucky:

✅ Tennessee has picked up some of its biggest wins of the season by creating second shot opportunities on the offensive glass. But the rebounding of Oscar Tshiebwe of Kentucky will neutralize that ability from the Volunteers. Expect Tshiebwe to keep the Vols off of the offensive boards and to keep Kentucky in the driver’s seat.

✅ While both teams have put up similar numbers on the defensive end of the floor this season, Kentucky has a decided edge offensively. They average over six points per game more on offense on the year, and they shoot the ball at a 5% better clip than the Volunteers. Those slight differences will be what decides this game in favor of the Wildcats.

✅ Kentucky has the shooting of Kellan Grady to give them an advantage over Tennessee as well. Grady is shooting over 40% from three-point range this season, and will be able to stretch the Tennessee defense, allowing Tshiebwe to do what he does best in the paint. The inside-outside combination for the Wildcats will make them too much for Tennessee to contend with.

The Kentucky Wildcats survived a tight game against the Vanderbilt Commodores on Friday to make it to the SEC tournament semifinals. They held Scottie Pippen Jr. in check, reducing him to a 2/17 performance from the field. But they had to survive a 10/12 shooting performance from Jordan Wright, which they were able to overcome thanks to a 25-point night from TyTy Washington.

Kentucky did not shoot a lot of three-pointers against Vanderbilt, but were very efficient when they chose to do so. The Wildcats made seven of their 15 shots from three-point range in the quarterfinals. Being judicious with the perimeter shots will be a key for Kentucky against Tennessee as well.

The Tennessee Volunteers won their first game in the SEC tournament on Friday, getting the best of Mississippi State to advance to the semifinals. The Vols put on a defensive clinic in that game, holding the Bulldogs to under 60 points. Their defense will need to be even better to hold the explosive Kentucky Wildcats in check in this game.

Tennessee limited its turnovers against Mississippi State, which they will need to do again to win this game. They committed just six turnovers in 40 minutes of action against the Bulldogs, taking great care of the basketball to maximize the number of chances they had to get shots up. They will need every one of those opportunities to beat the Wildcats.