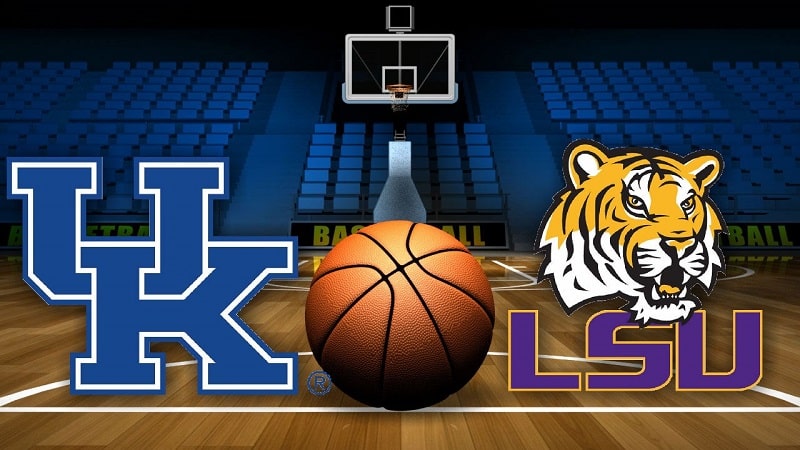 A heavyweight SEC matchup is set for Tuesday night when the Kentucky Wildcats (11-2, 1-0 in SEC) visit the LSU Tigers (12-1, 0-1). These two teams could be battling it out for the regular season title, so this is a key early season conference game. This game will air live on ESPN.

Through 13 games, the Kentucky offense is averaging 83.9 points per game, is shooting 49.7% from the field, and dishing out 17.6 assists. Defensively, the Wildcats are allowing 60.5 points, grabbing 44.9 rebounds, blocking 5.2 shots, and stealing the ball 7.0 times.

Last time out, Kentucky hosted the High Point Panthers, and formed head coach Tubby Smith, and got a dominant 92-48 victory. This game was never close and ended up being more of a practice run for Kentucky. Kellan Grady led the team with 23 points and added four rebounds, two steals, and one block. TyTy Washington had a nice night with 15 points, nine assists, two rebounds, and one steal. High Point shot 31.1% from the field, 34.8% from three, and made two of their four free throws.

LSU suffered their first loss of the season with a 70-55 road defeat against the Auburn Tigers. Auburn dominated this game from the word go and were never challenged by their Tiger opponents. Xavier Pinson led LSU with 13 points and added four rebounds, three assists, and one steal. Tari Easton came off the bench and added 11 points, seven rebounds, two steals, and two blocks. Auburn shot 43.4% from the field, 30.4% from beyond the arc, and made just 17 of their 26 free throws.