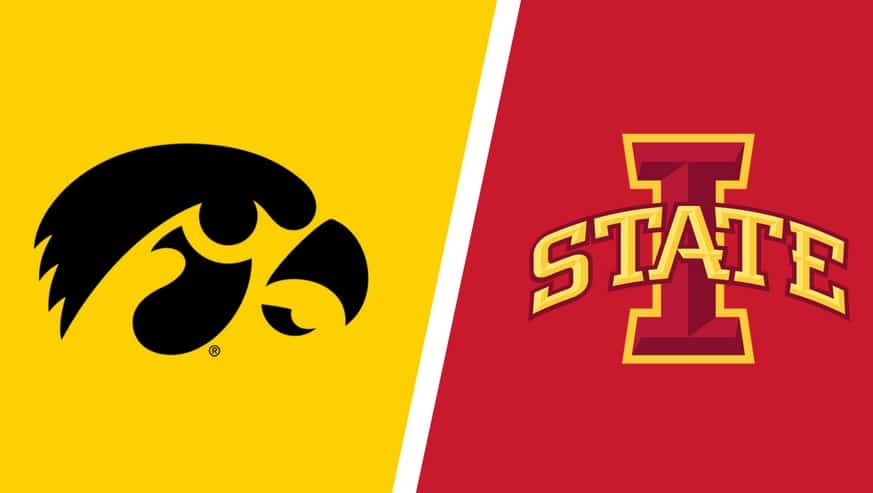 The Iowa State Cyclones head to Carver-Hawkeye Center in Iowa City on Friday night to take on the Iowa Hawkeyes, as the college basketball betting action goes on with the non-conference showdown between the state rivals.

Last season, the Hawkeyes thrashed off the Cyclones 84-68 as 4-point road underdogs. It was their third win in the last four encounters with Iowa State, while the Cyclones are only 2-5 straight up and ATS in their previous seven road matchups with the Hawkeyes.

The Cyclones hope to upset the No. 3 Iowa

The Iowa State Cyclones are 1-1 on the young season. They haven’t taken the floor since December 2 and a 71-68 home loss to the South Dakota State Jackrabbits, as the Cyclones’ clash against DePaul was canceled due to the COVID-19 cases within the Blue Demons program.

Back in the opener, the Cyclones beat Arkansas-Pine Bluff 80-63, still failing to cover a massive 35.5-point spread. Four Iowa State players averaged points in double figures over the first two contests of the season, and junior guard Rasir Bolton led the way with 13.0 points, 7.0 rebounds, and 6.0 assists a night.

The Hawkeyes look to stay perfect

The Iowa Hawkeyes enter Friday’s clash as No. 3 in the AP Top 25 Poll. They are 4-0 on the season following a 93-80 home win over the No. 16 North Carolina Tar Heels this past Tuesday, and the Hawkeyes can be pleased with their performance against one of the best teams in the country.

Iowa controlled the game for all 40 minutes, making 42.5% of its field goals and forcing 18 turnovers. Luka Garza had another double-double, posting 16 points and 14 rebounds to go with four blocks and a couple of dishes, while Jordan Bohannon had 24 points and six assists.

The Cyclones are winless in 13 consecutive road games, and they failed to cover in the previous six showings away from home. On paper, the Hawkeyes are a much better team than the Cyclones, and I think the hosts will easily grab a win and cover the spread.

The Hawkeyes have been playing very well since the opener. Luka Garza has been unstoppable in the paint, averaging a whopping 29.5 points, 10.8 rebounds, and 3.0 blocks per game and the Cyclones will have an impossible mission to slow down the 6-foot-11 senior big man.

Iowa’s offense should dominate the Cyclones who haven’t impressed defensively thus far. The visitors will keep it close only if they enjoy a tremendous shooting night and hit a bunch of triples. I don’t see that happening Friday at Carver-Hawkeye Center, as the Cyclones make only 29.1% of their 3-pointers.