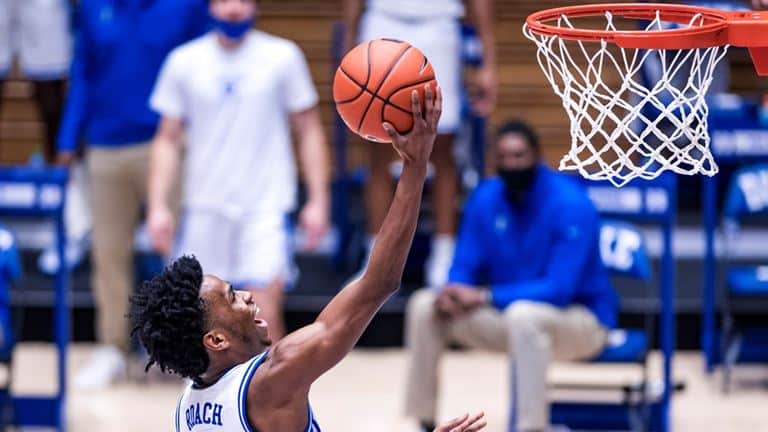 Tuesday night brings the marquee matchup at Cameron Indoor Stadium in Durham, North Carolina, as the No. 5 Illinois Fighting Illini visit the No. 6 Duke Blue Devils.

The 2020-21 college basketball season has just started, but we’ve already seen some great games, and the clash between the Fighting Illini and Blue Devils is another must-watch occasion, as two super talented teams take on each other.

Therefore, I’ve prepared the best Illinois vs. Duke betting preview with all need-to-know betting tips and trends, so let’s take a closer look.

The Fighting Illini take on another seeder

The Illinois Fighting Illini are coming off an 82-69 defeat to the No. 2 Baylor Bears, failing to cover a 4.5-point spread at the neutral site in Indianapolis. They dropped to 3-1 on the season, as the Fighting Illini beat North Carolina A&T 122-60, Chicago State 97-38, and Ohio 77-75 in their first three outings of the season.

Junior guard Ayo Dosunmu leads the way for Illinois with 23.8 points, 7.3 rebounds, and 6.3 assists per game while shooting 50.0% from the field. Dosunmu had 18 points, six boards, and five dimes against the Bears, but he was the only member of the starting lineup with more than eight points on his tally.

They opened with an 81-71 home victory over Coppin State, failing to cover a massive 39.5-point spread. The Blue Devils disappointed once more in a 75-69 loss to the Spartans as 4-point home favorites and are coming off a 76-54 win to Bellarmine as 31-point favorites.

The Fighting Illini are only 1-5 straight up and 2-4 ATS in their last six games when listed as underdogs. They have a few top-notch players with Ayo Dosunmu onwards, but beating the Blue Devils on the road will be a tall task.

The Blue Devils’ roster is full of exciting but inexperienced players. Still, they’ve played some tough defense so far, and I’m looking for another strong performance that should be a key factor against the Fighting Illini.

Both teams will be keen to tally their first big win of the season, and I think the hosts will come out on top.

The over is 8-3-1 in Duke’s last 11 outings at home. The Blue Devils love to play at a fast pace, but they also play tough D. Duke’s opponents are making only 28.1% of their 3-pointers.

However, the Fighting Illini are one of the best offensive teams in the country. They average just under 72 possessions per 40 minutes, so I’m looking for some fast-tempo basketball Tuesday at Cameron Indoor Stadium.

Three of the Fighting Illini’s last four road games went in the over, as well as five of their previous six contests overall.