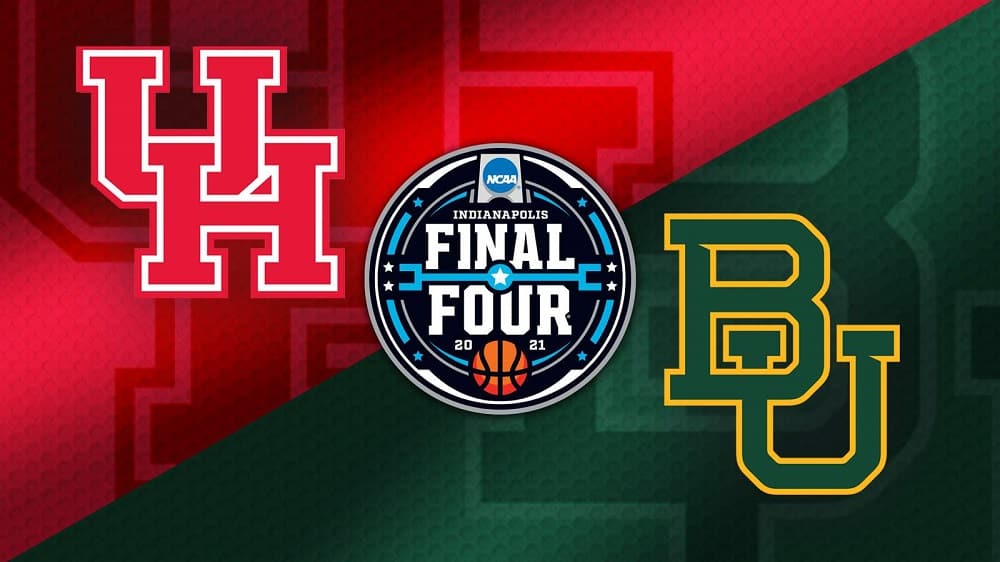 The 2021 NCAA Men’s Basketball Tournament has reached the Final Four, and the national semifinals are set for Saturday, April 3, at Lucas Oil Stadium in Indianapolis, so here’s the best Houston Cougars vs. Baylor Bears betting pick.

The No. 1 Baylor is listed as a firm 5-point fave for this all-Texas showdown, according to William Hill Sportsbook, while the No. 2 Houston opened as a +180 moneyline underdog. These two schools meet each other for the first time since 2002 when the Bears barely outlasted the Cougars as 7-point favorites, 62-60.

Houston will lean on its defense once more

The Houston Cougars made it to the Final Four mostly thanks to their stout defense, yielding 61 or fewer points in each of their previous four outings. They survived a second-round scare against the No. 19 Rutgers, overcoming a nine-point deficit in the final five minutes of the second half, while the Cougars beat the No. 12 Oregon State 67-61 in the Elite Eight.

Houston nearly blew a 17-point lead from halftime in the previous round. The Cougars shot only 32.3% from the field, but they posted a whopping 19 offensive rebounds and made some key free throws in crunch time.

Junior guard Quentin Grimes leads the way for Houston, averaging 18.0 points, 5.8 rebounds, and 2.0 assists per game, while sophomore guard Marcus Sasser adds 13.5 points a night. The Cougars score 118.6 points per 100 possessions (7th in the country) and surrender 88.4 in a return (8th). They lead the nation in opponent field goal percentage (37.3%) and are fifth in opponent 3-point percentage (28.3%).

Baylor looks to continue with its excellent all-around performance

The Baylor Bears have dominated their opponents through the first four rounds of the 2021 March Madness. After a comfortable 79-55 first-round victory over the No. 16 Hartford as 25.5-point favorites, the Bears have covered the spread three times in a row, eliminating the No. 9 Wisconsin 76-63, No. 5 Villanova 62-51, and No. 3 Arkansas 81-72.

Baylor went 8-for-15 from beyond the arc against the Razorbacks while making 48.4% of its field goals and handing out 17 assists. The Bears forced 15 turnovers and recorded nine steals as well, working hard on the defensive end for all 40 minutes.

I’m expecting a hard-fought battle between a couple of terrific defensive teams. Baylor certainly possesses more offensive firepower than Houston, but I’m not sure that would be enough for a comfortable win of six or more points.

The Cougars and Bears match up very well, as both teams lack height and rely on a super talented backcourt. I’m going with Baylor to win, but buying a few points seems like a smart move whoever you take here.

As I’ve mentioned, this should be a proper defensive battle, so I’m backing the under on the totals. None of the Cougars’ previous three games produced more than 128 points in total, and the under is 4-1 in Houston’s last five outings as an underdog.

On the other side, the over is 13-3 in Baylor’s last 16 games overall. However, the Bears’ prolific offense will have a tall task Saturday, and the Cougars, who average only 64.6 possessions per 40 minutes, will certainly look to slow down things as much as they can.

For another perspective on the game, here’s Brian Blessing on Houston vs. Baylor: